Researcher: Craig Wright refusing to move his coins in 2016 should have been a major red flag Priyeshu Garg · 3 years ago · 2 min read
News › Bitcoin › People

Newly published court documents showed Craig Wright refused to move his alleged Bitcoin holdings during his 2016 London proofing session, even after his associate Robert MacGregor repeatedly asked him to do so. 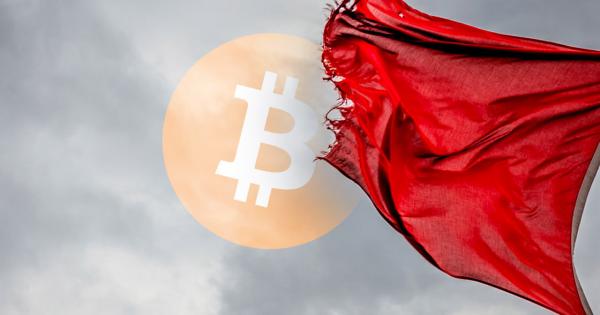 Newly published court documents showed Craig Wright refused to move his alleged Bitcoin holdings during his 2016 London proofing session, even after his associate Robert MacGregor repeatedly asked him to do so. Crypto researcher SeekingSatoshi believes this should have been a major red flag both for MacGregor and Calvin Ayre, who bought out Wright back in 2015.

Wright refused to move his Bitcoin holdings back in 2016

The Craig Wright saga just keeps on giving. Crypto researcher SeekingSatoshi shared court documents that showed Wright’s refusal to move his Bitcoin holdings went back to 2016. The crypto researcher previously debunked Wright’s claims of using between 60 and 100 computers to mine Bitcoin in January 2009.

The court documents SeekingSatoshi shared on Twitter showed the email correspondence between Craig Wright and Robert MacGregor, the founder and CEO of nTrust, the company that bought out Craig Wright. The correspondence took place in April 2016, when Wright moved to London to begin working on the newly created nChain.

The deal MacGregor and Calvin Ayre struck with Wright after acquiring his failed Australian ventures, was for Wright to confirm his identity as Satoshi Nakamoto after nChain’s project started getting traction.

However, Wright refused to move any of the coins he claimed he owned, saying doing so could be “trouble in many ways.” Nevertheless, in one of his emails, he went on to explain the lengthy process of getting consent from the trustees he said controlled his holdings.

Both MacGregor and Ayre ignored a massive red flag

MacGregor, who was at the time in charge of nChain and owner of the rights to Wright’s Satoshi story, didn’t seem to understand why Wright refused to move even the tiniest bit of his allegedly huge Bitcoin wealth. He even went on to suggest that after he gained the consent from all of his trustees, he should send a certain amount of bitcoin to them.

As each trustee was in charge of one address, that had a part of the key Wright needs to unlock his holdings, they would be able to send the BTC back to Wright. That way, MacGregor explained, the trust assets would be completely protected and all the necessary key slices would be secured.

SeekingSatoshi criticized MacGregor for not standing his ground when he asked Wright to prove his identity. He believes this should have been a major red flag both for him and for Calvin Ayre, another associate of Wright’s who was heavily invested in nChain.

Robert McGregor should have held his ground when he requested Craig move coins during the 2016 London proofing session.

The fact that Craig refused is a massive RED FLAG that Rob and Calvin Ayre should NOT have ignored.

I thought these guys were supposed to be pros ?‍♂️ pic.twitter.com/7DcOBgERy2

Instead, the two stuck with Wright despite the serious questions raised in their correspondence. While MacGregor has ultimately distanced himself from Wright, Ayre is still one of the few vocal supporters he has left.

Craig sold his soul. Calvin and Rob McGregor worked together (joint venture) to buy out Craig, his IP and the Satoshi story/life rights. Once Craig was relocated in London, Calvin and Rob divided up the spoils. Fast forward Rob has sold of his spoils and Calvin is left with CSW