Research: Market hedged the shortest amount in over 2 years as Bitcoin rose to $21k

The purchase of roughly $200 million in Bitcoin on spot trading markets was enough to force massive short liquidations due to dwindling volume. 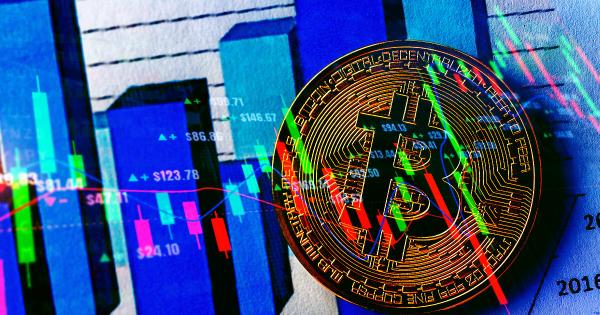 Investors betting against Bitcoin grew to some of the highest on record as markets welcomed the new year. Bears were seemingly in complete control of the price action as Bitcoin teetered above $16,000. However, CryptoSlate analysis has found that those shorting Bitcoin were not in as strong a position as investors first thought.

The purchase of roughly $200 million in Bitcoin on spot trading markets was enough to force massive short liquidations due to dwindling volume. In addition, several large trades executed on major exchanges moved the needle just enough to create a brief short squeeze that took Bitcoin from $16,800 to over $21,000.

Liquidation became dominated by failing short positions that were ‘rekt’ by Bitcoin’s price increase. Over two years, the dominance rose to the highest level as those betting against Bitcoin lost out.

In 2021, the derivative markets exploded due to the increase in monetary supply. Money printing from central banks caused a surplus of liquidity which some argue artificially created a bubble within the crypto markets. However, as inflation rose and the global market became increasingly uncertain, this bubble popped, and we saw a drawdown in global asset prices, including crypto.

As markets were extremely bullish throughout 2021, multiple long liquidations amounted to over $1b on numerous occasions. The abundance of leverage resulted in small price movements causing substantial price spikes and crashes as the leverage was wiped out.

Throughout 2022, liquidations became more muted. As liquidity tightened, interest rates rose, and crypto continued to perform poorly. Notable events such as the FTX and Luna crashes caused massive liquidations. However, nothing compares to the futures activity of 2021.

Crypto sentiment was bearish going into 2023, with anxiety over the fate of DCG, Genesis, and Grayscale looming over the markets. As a result, the crypto market was hedged extremely short, with most betting on further pain. Yet, spot Bitcoin purchases on Binance for around $200m were enough to blow the shorts out and for Bitcoin to claim $21k.