Report: Crypto ransomware payments in 2021 was over $600 million

Ransomware attackers have a preference for receiving their payments in Bitcoin and privacy-focused digital asset, Monero. 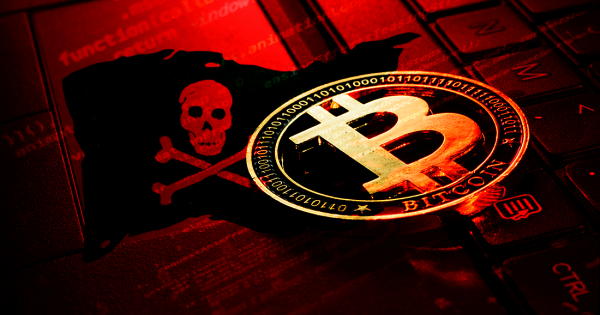 Cybercriminals are receiving a high percentage of their payments in Bitcoin and Monero, according to a Chainalysis report.

The Crypto Crime Report examines the prevalence of illegal activities in the crypto space last year. A preview of the report shows that ransomware payouts through crypto were $602 million in 2021.

Although this number is currently lower than the $691 million in 2020, Chainalysis believes this estimate will rise upon revision and considers it an underestimation. It noted that the initial estimate in 2020 increased by almost 50% upon revision.

Ransomware has emerged as a significant problem for businesses and corporations in an increasingly digital age.

Hackers use malicious software to control confidential and vital files, and these cyber criminals request thousands or even millions of dollars to relinquish control. Unfortunately, the anonymity of crypto has turned it into a preferred payment option for these bad actors.

With several strains or types of ransomware in existence, Chainalysis identifies Conti as the most prominent type last year. According to the company, operators of the Russian ransomware collected more than $180 million from victims.

DarkSide is another major strain included. The strain was responsible for the Colonial Pipeline attack, which led to a fuel shortage in some parts of the US.

Overall, Chainalysis identified 140 active strains in 2021. This is far above 79 in 2019 and 119 in 2020, showing that ransomware attacks are becoming more popular. Only Conti was active for the whole year.

Notably, Bitcoin appears to be the currency of choice for these criminals. However, the ease of tracking Bitcoin has made many moves to privacy coins such as Monero.


For example, more than half of the ransom collected by the Colonial Pipeline hackers was subsequently seized by the US Department of Justice.

The prevalence of ransomware has also led to calls from authorities for international cooperation to counter this crime.

Recently, the Federal Security Service (FSB), the domestic intelligence unit for Russia, arrested several members of the REvil ransomware group based in the country. This group was responsible for several ransomware attacks in 2021.

Other countries such as Kuwait, Romania, and South Korea have also arrested several members of the same group.

But the efforts of these countries aren’t alone, considering that these criminals have a haven in other countries.

North Korea-backed hackers stole over $400 million worth of digital assets last year. So until there’s a united front, it might be difficult to root out these criminals completely.