Currently being tested internally, the feature would enable Redditors to use non-fungible tokens (NFTs) as avatars. 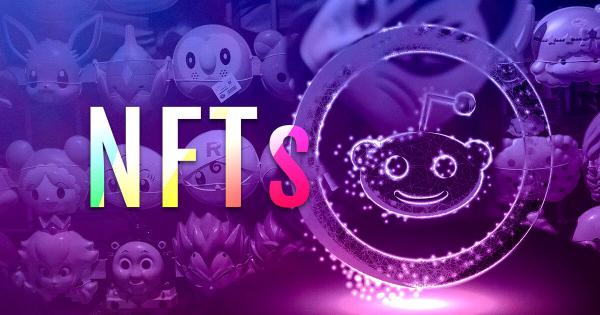 Last year, the social media site already dipped its toe into NFTs by launching its own line called “CryptoSnoos,” however the new NFT agenda has far greater potential to further the mainstream use case.

The cat is out of the bag

“We’re always exploring ways to provide value for users and communities on Reddit. At the moment we’re testing the ability to use NFTs as profile pictures (avatars) and verify ownership,” Reddit spokesperson Tim Rathschmidt told TechCrunch.

“It’s a small, internal test and no decisions have been made about expanding or rolling out the capability,” Rathschmidt added.

The “internal” NFT test was already flagged by an app developer named Nima Owji on Twitter.

Owji, who is not associated with the social media platform, spotted a banner promoting the new feature on Reddit’s web app, which read–“you can now use digital collectibles as your Reddit avatar.”

#Reddit is working on #NFT profile pics as well! pic.twitter.com/l2cqfSuIbK

In June 2021, the social media platform introduced its own line of NFTs called “CryptoSnoos”–based on Reddit’s alien mascot Snoos.

The company revealed it doesn’t have any definite plans to launch more CryptoSnoos, arguing the line was also just an initial test.

However, the line was not Reddit’s first crypto effort, as the platform already introduced Ethereum-based tokens called MOONs and BRICKs for its /r/cryptocurrency and /r/Fortnite communities in May 2020.

Initially limited to Twitter Blue accounts, hexagonal NFT avatars are available for iOS users at a monthly price of $2.99.

Clicking on NFT avatars reveals details about the digital artwork–including the information about the creator, authenticity, and the place where it’s listed.

Details about Reddit’s design and offer of the NFT avatar feature are still unknown, however, with its 430 million monthly user-base, the social media platform could undoubtedly play a significant role in furthering the adoption of digital collectibles.