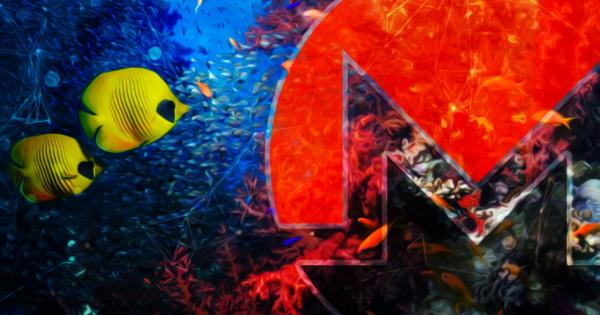 Project Coral Reef is the latest initiative on the platform which seeks to create awareness of the network and highlight its viability as a payment settlement system.

Monero has been leveraging these advantages to draw in more stores and merchants to its platform for online purchases. Some of the names on the list of musicians include Mariah Carey, Backstreet Boys, Dolly Parton, G-Eazy, Sia, Marilyn Manson and Sia among others.

This celebrity partnership project has seen the XMR coin rise to $300 as at press time, which is a 8% rise in price over the past 24 hours.

A Brief History of Monero

Monero was in fact established in 2014 with the aim of addressing the privacy loopholes on existing blockchain models.

The network uses “ring signatures” to encrypt all transaction information. Ring signatures are digital signatures that can be performed by any member of a group of users that each have keys.

There is therefore no way for the public to tell the origin, amount or destination of funds in any transaction carried out on the network. However, users have the option to employ a view key to share this information with select viewers.

The concept of “ring signatures” first came to light in the year 2001. The technology lends to a high level of fungibility on the network preventing vendors from rejecting coins with a suspicious history.

Taking a Look at Monero In the Market

This year has been incredible for the cryptocurrency market as a whole. Bitcoin has enjoyed much of the limelight, hitting new highs in an unprecedented wave of growth. Some less popular but equally worthwhile innovations on the blockchain, such as Monero, have also managed to grab investor attention and post strong month-to-month gains.

After a spectacular year of growth, 2018 will be an exciting year for cryptocurrency and Monero is one of many projects worth keeping an eye on.

END_OF_DOCUMENT_TOKEN_TO_BE_REPLACED

Riccardo Spagni is a member of Monero Core Team, who stewards of the Monero Project, and is also the lead maintainer of the Monero project.