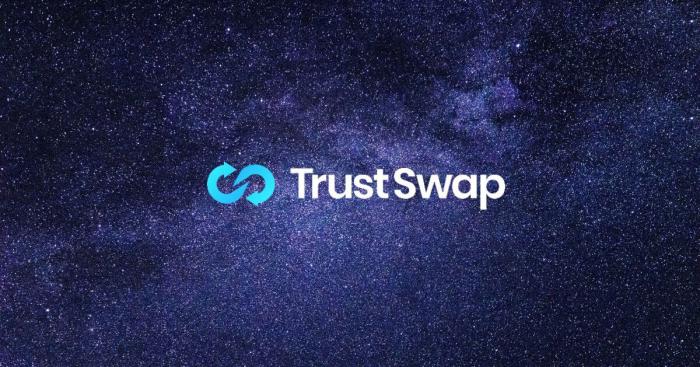 DeFi project TrustSwap launched less than eight months ago. But in that time, they have shown more development than many other blockchain projects have achieved in years. In late 2020, TrustSwap announced a list of new developments and achievements for January 2021, and it has already crossed many of them off the list.

As mentioned, TrustSwap is a DeFi (decentralized finance) project — a platform that emerged in mid-2020 after its creator, Jeff Kirdeikis, realized that the crypto industry lacked a native service available to execute timed token purchases.

Kirdeikis saw this as a problem because it prevented outside investors from buying a significant number of tokens in a controlled way. Investors would risk deflating the coin’s value through major sales and purchases which left them little choice but to hire expensive intermediaries who would act as middlemen.

At the time, he was working on a different project, but after getting the idea to launch a service that would fix the issue, he started building what would eventually become TrustSwap.

Initially, the company revolved around a smart contract-based escrow offering, which was named TS SmartSwap but the platform now offers many different services meant to facilitate different crypto transaction types including a time-locked payment system called SmartLock. After that came the TrustSwap Launchpad which was created to help promising new DeFi tokens start off strong with technical and strategic launch support.

This was beneficial for the projects because it gave them exposure and guidance while investors were presented with legitimate projects that they could trust. So far, TrustSwap has helped a number of different projects go big fairly quickly, including Chaingames, MobiePay, AuBit, Coin, Yield.app, and GLITCH.

TrustSwap also has its own token, SWAP, which was so popular that its presale ended in less than a minute. The project has been making headlines on major news outlets ever since it came out. They have also integrated with several other major projects including UniMex, Unilayer, and most recently, Shopping.io. These partners have agreed to give a portion of their fees to SWAP token stakers.

On December 31st, TrustSwap published a list of goals that it aims to achieve in January 2021. Those include:

So far, a number of entries from this list are either completed, or very near completion.

The project dedicated the first half of January to promoting the GLITCH token sale, which ended up being rather massive. The investors’ response was extremely positive, and the presale was 3x oversubscribed.

At the same time, the UniMex integration has begun bringing additional staking rewards to SWAP stakers that come from its fees.

Apart from this, the company also announced an integration with Polkadot, where TrustSwap’s software services will be integrated into the Polkadot network.

One of the more recent announcements came from the project’s CEO and founder, Jeff Kirdeikis, who revealed that the TrustSwap Security Platform is on its way and that it is going to ‘melt minds‘ presumably with its aesthetics, as well as features. This exciting new product will be the capstone in a closed-loop ecosystem that can eliminate many attack vectors for scams such as mint functions, exploits, hidden code, team token dumps, liquidity pulls, and more.

TrustSwap revealed that their Staking Portal and Homepage are also getting a new upgrade, so there are quite a few interesting developments going on.

There is a bit more than a week of January left, and TrustSwap is certainly doing its best to bring all the improvements, advancements, and developments that it promised. One thing is certain — January 2021 was definitely huge for the company, just as it announced it would be.