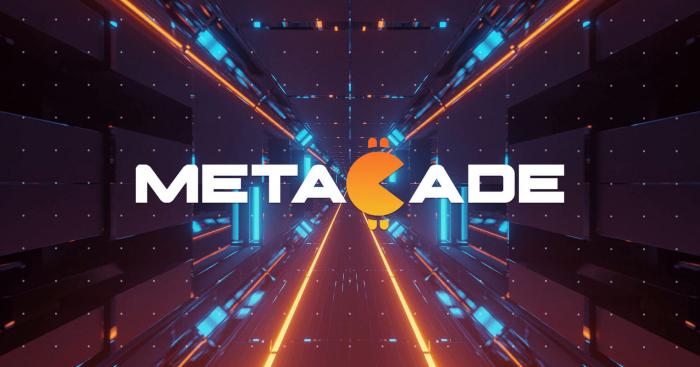 The sale of Metacade’s native utility token sold over an incredible $670k in under 2 weeks, with their Beta Sale stage now over 60% SOLD OUT.

$MCADE is available to buy on the official Metacade website.

Positioning itself as a Web3 community hub, this gaming-first platform is set to attract gamers, investors, and entrepreneurs alike by offering a multitude of ways to earn, play, and connect. It looks to be a central hangout for all of those interested in GameFi and metaverse.

To ensure investor confidence, $MCADE has been audited by leading blockchain auditing firm CertiK, a security-focused platform that analyzes and monitors blockchain protocols and DeFi projects. Verification and approval from CertiK mean that the code behind Metacade is highly secure and has been scrutinized for any weak spots.

Metacade harnesses the power of Web3 to take blockchain gaming to the next level. The project goes beyond play-to-earn and offers a place to discover what games are trending, view leaderboards, publish game reviews, and access the hottest and most advanced GameFi alpha.

Head of Product for Metacade, Russell Bennet said: “The crypto gaming space is crying out for a single destination where we can all go and learn, earn and play games with fellow enthusiasts without having to jump from platform to platform”.

Metacade isn’t out to just improve the existing P2E and metaverse worlds but also to foster the future of this space. The project’s hallmark feature is Metagrants, a source of funding awarded to game developers to bring new games to the Metacade. The Metacade community will vote on which projects get funded to turn the collective vision into a reality on the platform. The first game developed using the first Metagrant will be launched in 2024.

By the end of 2024, the project intends to transform into a DAO, handing over key roles and responsibilities to the Metacade community and achieving a fully community-staffed business. It looks to achieve this by deploying Play2Earn, Create2Earn, and Work2Earn functionalities with each of these initiatives giving a little more control of the project over to the community in the coming years.

Reflecting on the core ethos of Metacade, Russell said: “We want to create a community that has zero barriers to entry whether you want to work in the space, launch a business or just hang, out, play, and have fun.”

$MCADE has a fixed supply of 2 Billion $MCADE tokens. Seventy percent of these (1.4 billion $MCADE tokens) are being made available during the token’s presale event. The remaining thirty percent will be used on exchange listings, during development, providing liquidity, and funding the competition pool.

$MCADE is the utility and governance token powering the project. It plays a crucial role in the platform’s functionality as holders can use it to vote on the project’s future direction and new game proposals. It will be the main tool for interacting with the Metacade ecosystem: holders can use it to enter tournaments and exclusive prize draws, purchase merchandise, and many other things as the platform develops.

Token holders will have plenty of opportunities to earn rewards through the project. $MCADE holders can earn from activities such as contributing content, reviewing and testing games, and generally engaging within the ecosystem. $MCADE holders may also stake their tokens in liquidity pools to earn rewards and APYs based on the amount staked. Staked rewards are paid in a stablecoin amount rather than in $MCADE to protect the value of the funds from inflation and price swings.

To further promote a deflationary attribute to the token, Metacade plans on introducing a burn mechanism or a buyback scheme. Token burning will help the ecosystem permanently erase a given percentage of supply, thereby lowering the overall supply and boosting the value of $MCADE in the long run.

Right after the $MCADE presale is complete, Metacade will roll out the website and build a founding team. In Q1 2023, the goal is to list the $MCADE token on Uniswap and the top five centralized exchanges, along with popular crypto aggregators. With an ambitious road map, Metacade is on track to revolutionize how a traditional community hub is owned and operated.

The Metacade Beta sale has now sold over $670,000 worth of tokens in under two weeks and at the time of publishing has under 40% remaining.

To buy $MCADE, visit Metacade.co and join the presale now.

About GameFi
GameFi, one of the most talked about and promising sectors of Web3, creates a virtual gaming ecosystem that relies on the use of cryptocurrency, non-fungible tokens (NFTs), and blockchain technology. At the core of the GameFi ecosystem is the play-to-earn (P2E) gaming model. Unlike the traditional pay-to-play model, P2E allows gamers to earn financial rewards by participating in challenges and tasks.

About Metacade
Metacade is the premier destination for gaming in the metaverse. As Web3’s first community arcade that allows gamers to hang out, share gaming knowledge and play exclusive P2E games. The platform offers users multiple ways to generate income, build careers in Web3, and connect with the wider gaming community.

Metacade will be the one-stop destination for users to play, earn, and network with other passionate gamers worldwide. Once the project reaches the end of its roadmap, Metacade will be handed over to the community as a full-fledged DAO. After all, Metacade wants you to have a hand in shaping the GameFi world of tomorrow.