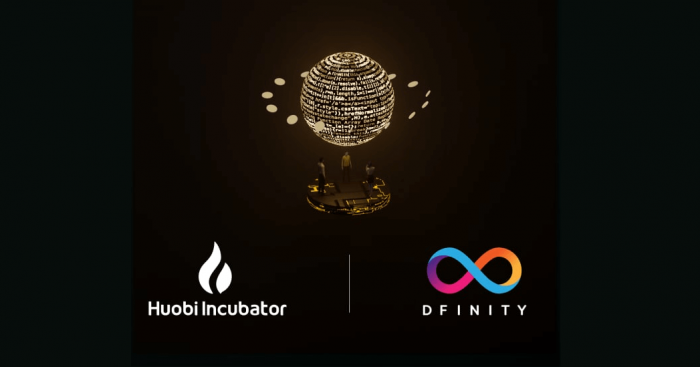 Huobi Incubator, the project incubation arm of Huobi Global, today announced a strategic partnership with the DFINITY Foundation, a major contributor to the Internet Computer, the most powerful general-purpose blockchain to build infinitely scalable Web3 dapps.

This partnership also reflects Huobi Incubator’s confidence in the Internet Computer’s rapidly growing ecosystem since Genesis launch last May. According to the Electric Capital Developer Report, the Internet Computer is one of the fastest-growing developer ecosystems in 2021 — growing 368%. As of February 2022, evidenced by over 30,000 canister smart contracts deployed on the network, over a thousand developers are hard at work building on the Internet Computer, encompassing DeFi, play-to-earn and GameFi, NFTs and marketplaces, instant message and social media dapps, enterprise software, as well as infrastructure and metaverse projects.

The collaboration between Huobi Incubator and DFINITY will involve the latter lending support for a global hackathon in May 2022 called “Supernova”, which is aimed at promoting and supporting entrepreneurs and developer teams building next-generation Web3 dapps on the Internet Computer. Huobi Incubator’s contribution as a founding partner of the Supernova hackathon will collaborate with Dfinity to recruit top builders from around the globe with a grant pool of $1m — the total prize pool for the Supernova hackathon will be in the millions. In addition, the Web3 Scholarship funding platform, which was jointly established by Huobi Incubator, CoinMarketCap, Polkastarter, Poolz, DAO Maker, and Cambridge Blockchain Society, will also sponsor the Supernova hackathon with workshops and provide additional grants to winning teams.

“Public chains play an important role in the blockchain world,” said Jewel Chen, Head of Huobi Incubator. “We hope that our cooperation with DFINITY building on the Internet Computer can boost Web3 development to new heights.”

“The Internet Computer is the fastest and only infinitely scalable general-purpose blockchain, and aims to become a ‘world computer’ hosting Web3 dapps, DeFi, games, NFTs, social media, and metaverse used by billions of users,” said Herbert Yang, General Manager of Asia Operations at DFINITY Foundation. “Our partnership with Huobi Incubator to launch the Supernova hackathon, one of the largest Web3 hackathons, will allow entrepreneurs and developer teams to build things on the Internet Computer blockchain once considered impossible.”

Huobi Incubator is a professional, full-cycle project incubator that integrates industry research with investment funds, incubation processes and accelerators. With the mission of accelerating startup project development across all stages and users, Huobi Incubator helps entrepreneurs and startups overcome obstacles, achieve rapid growth, and work toward their respective visions and goals.

Web3 Scholarship is a funding platform jointly initiated by Huobi Incubator and a group of blockchain veterans, venture capitals, universities, and encryption platforms. It will be committed to funding builders in the Web 3.0 field and providing support in many aspects, i.e,. funds, incubator mentorship and token listing opportunities for early-stage projects.