The Vice-Chair for Supervision of the Federal Reserve position has been empty since Governor Randal Quarles’ term ended in October last year. 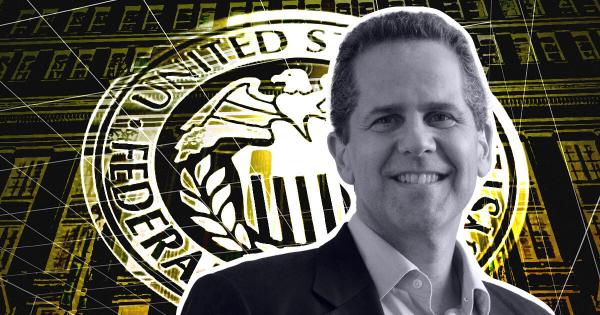 US President Joe Biden intends to nominate Michael Barr, who served as a Ripple advisor from 2015 to 2017, as the Vice-Chair for Supervision of the Federal Reserve. The White House revealed this news yesterday through an official statement. The position has been vacant since Governor Randal Quarles’ term ended in October 2021.

Apart from his time at Ripple, Barr served as the Treasury Department’s Assistant Secretary for Financial Institutions in the Obama administration, where he helped formulate the Dodd-Frank Act. He also taught courses on financial regulation at the University of Michigan. Additionally, Barr served the National Economic Council in the White House.

According to the White House, the Biden administration has created over 8 million jobs thus far. This means that millions of families now have a basic form of income. However, inflation has proved a big challenge for many families as consumer prices continue rising.

Explaining why it is vital to fill the Fed Vice-Chair for Supervision position, the White House said the Federal Reserve plays a massive role in fighting inflation. However, the Fed Board is currently not full. The White House added Barr is a good fit because he has the prerequisite expertise and experience.

“Barr has strong support from across the political spectrum — and has been confirmed by the Senate on a bipartisan basis. He understands that this job is not a partisan one, but one that plays a critical role in regulating our nation’s financial institutions to ensure Americans are treated fairly and to protect the stability of our economy.”

Ohio Senator Sherrod Brown is among those supporting Barr’s nomination.

He added that the position is crucial because it ensures the economy works for everyone, especially as prices continue soaring. According to Sherrod, Barr understands the importance of this role at this critical time in our economic recovery.

Sherrod pledged to support Barr and urged his Republican colleagues to abandon their old playbook of personal attacks and demagoguery and put Americans and their pocketbooks first.

As Sherrod puts it, the Vice-Chair for Supervision of the Federal Reserve is a bipartisan role. However, it is worth noting that Biden’s first pick for the position, former Federal Reserve Board Governor Sarah Bloom Raskin, withdrew her name from consideration in the past month.

At the time, Raskin cited attacks from special interests and Republican legislators that held her nomination hostage as the reasons for her withdrawal.