Long-term investments in the blockchain, smart contracts, and the companies that use these technologies will eventually pay off, says Taimur Hyat. 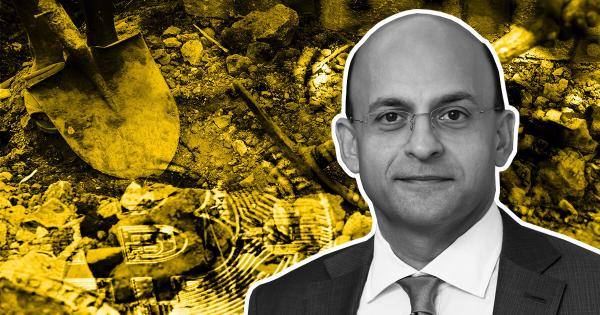 Investing in crypto does not necessarily have to involve buying digital assets, Taimur Hyat, the COO of PGIM, told Bloomberg.

According to Hyat, who oversees operations at the $1.4 billion asset management firm, investors should turn their attention to the companies helping build the infrastructure that powers cryptocurrencies.

Although he admitted speculative crypto traders might recognize quick profits at the moment, Hyat does not believe they will continue to turn profits in the long run. Moreover, he noted that cryptos are correlated to equities and do not help diversify investment portfolios.

There’s a bit of a misconception that if you believe in the crypto ecosystem, you have to invest in a cryptocurrency. We do see value in some of the incidental innovation that’s happened in the creation of these currencies, where you don’t need to go into the currency itself.

Hyat advocated for investments in blockchain technologies, particularly private, permissionless blockchains. Additionally, he believes investing in smart contracts and companies that use them will eventually pay off.

At the moment, exchange-traded funds (ETFs) that track the stocks of blockchain companies are performing poorly. For instance, the Global X Blockchain ETF (BKCH) has lost 66.11% of its value since the start of the year. In comparison, Bitcoin (BTC), the largest crypto by capitalization, has plunged 34.93% year to date.

Apart from the blockchain and smart contracts, Hyat thinks the metaverse has vast potential. However, he believes investments in the metaverse are only for investors with a long-term outlook because injecting funds into space at the moment will result in massive losses in the short term.

According to Hyat, the metaverse is currently like the pre-internet ages. As time goes by, he believes the virtual world will see a lot of losers and a couple of users. While the winners are currently unknown, Hyat believes the space has significant value creation opportunities.

Hyat’s investment advice comes as the metaverse continues gaining popularity. As of March 2022, metaverse awareness had more than doubled, according to data from Wunderman Thompson Intelligence. Although surveyed consumers voiced concerns over their privacy and children’s safety, they admitted that the metaverse is the future.