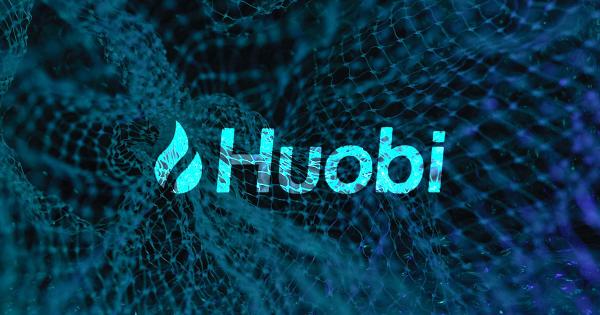 Huobi has alleged that the GALA incident was not a white hat operation as pNetwork claimed, but an attack that gave the protocol a $4.5 million profit.

According to the exchange, there were other “premeditated operations” during the incident, which resulted in over $10 million in profit for the parties involved. Huobi continued that the pNetwork team did not inform it that it would attack the pGALA token despite communicating with it 50 minutes before the incident.

Additionally, there was no evidence that someone would have exploited the vulnerability, given that the said vulnerability had been in the contract for over two months. Huobi said pNetwork’s team’s eagerness to launch the attack suggested malicious intent to profit from the incident.

The exchange also described the issuance of 55.6 billion GALA tokens to save a pool worth about $400,000 as absurd and, therefore, a groundless reason.

Meanwhile, several Huobi users were infuriated after the exchange converted their GALA tokens into pGALA.

The crypto exchange decided to delist GALA after a wrapped version supported by pNetwork; pGALA lost its value due to the developer minting excess tokens in a white hat attack.

The excess new tokens sent GALA’s price on Huobi to nearly zero, with several traders trying to take advantage of the situation by buying the heavily discounted tokens cheaply.

Following this incident, Huobi decided to delist the GALA/USD pair and convert GALA to pGALA. The exchange announced that it chose to protect users’ assets.

The exchange also referred to PGALA as a meme token, saying it is unrelated to GALA. However, users were not pleased with the development, criticizing the exchange’s decision on social media.

A user claimed they bought GALA 12 hours before the incident and expressed surprise that their assets had also been converted.

Another user wanted the US SEC to bring enforcement actions against the exchange for arbitrarily changing his tokens.

Wow amazing day!
I buy $gala 12hour ago at huobi. But huobi said it is pgala.
Suddenly huobi suspended gala/usdt without announcement.
I have some questions. pic.twitter.com/pn3jy1bGws

Yesterday I bought $GALA on the huobi exchange. And today the @HuobiGlobal exchange replaced them with $PGALA and reset them to zero. Do you think this is not enough to bring Huobi to justice? @SECGov pic.twitter.com/nSxn5PB829

Meanwhile, the latest update from Huobi confirms that the exchange has completed the renaming and conversion of users GALA to pGALA. It added that it has now “converted our users’ PGALA assets to New GALA (hereinafter collectively referred to as GALA) at a 1:1 ratio.”

Although the exchange seems to have relisted GALA, Huobi would keep pGALA as a meme coin. The exchange is organizing a PGALA trading contest where the users can win up to 3 million GALA.

The contest will occur between November 5 and 12, with the winner getting 200,000 GALA. Winners would be determined based on spot trading volume.

CryptoSlate data shows that the Gala token lost over 6% in the last 24 hours to $0.037 as of press time.

Update 9:38 pm UTC Nov. 6: pNetwork responded to the allegations, stating that the $4.5 million is part of its recovery plans that would be returned to users. According to the protocol, the funds were recovered to prevent malicious players from stealing them because pGALA was compromised.

GALA claims to be designed to power the Gala Games ecosystem to support gaming re-imagined to benefit creators and players, alike. Learn more