A fantastic run of form from Bitcoin has resulted in a new all-time high market cap of over $760 billion. 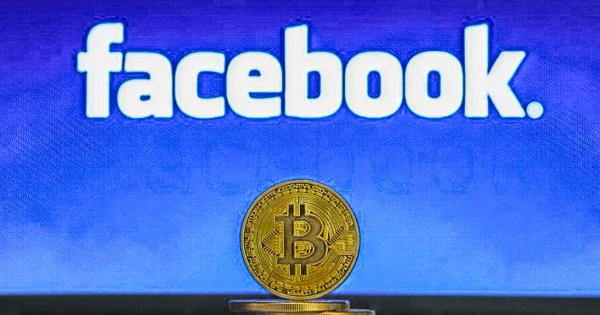 A fantastic run of form from Bitcoin has resulted in a new all-time high market cap of over $760 billion.

Gemini Exchange Co-founder Cameron Winklevoss pointed out that this now puts Bitcoin above Facebook in terms of valuation.

#Bitcoin has surpassed Facebook $FB in market cap. Makes sense that a money network would be more valuable than a social network. pic.twitter.com/XofI9W0Mce

A cryptocurrency’s market cap comes from multiplying its current price by the number of circulating supply of tokens.

However, given Bitcoin’s volatile nature, it will be interesting to see if it can maintain, if not build on, this accomplishment over the coming days and weeks.

All the same, its ascent to becoming the 9th most valuable asset in the world has many observers taken aback, and even shocked over its price-performance in recent times.

Commenting on this, Nathaniel Whittemore, who hosts The Breakdown podcast, which analyzes the macroeconomic picture, said:

“A Rubicon has been crossed with entirely new categories of institutions and corporate buyers; the retail fear-of-missing-out cycle is starting again; and this is all coming into a macro environment featuring significant tailwinds in the form of growing inflation expectations.”

Even though there are no signs of reverting back from the “rubicon,” opinion is split on whether Bitcoin can sustain this unbelievable run of form.

Just two weeks ago, the Bitcoin market cap was around $450 billion, placing it as the 17th most valuable asset in the world at that time.

But since then, parabolic moves from the leading cryptocurrency have seen it climb in the valuation rankings. During this process, Bitcoin surpassed the likes of Visa, Samsung, and Berkshire Hathaway.

More so, today’s scalping of Facebook represents a real coup for Bitcoin, and unsurprisingly, BTC holders are bullish for what lies ahead in 2021.

In terms of next on the list, the valuation of Tesla is just $40 billion away. This means the price of Bitcoin would need to hit around $43.3k to match Tesla.

And considering recent price action, and where the price currently is, achieving this feat is well within Bitcoin’s capabilities.

However, disbelief surrounding the insane gains of late has analysts split on whether Bitcoin can keep things going. Especially when the technical indicators are screaming extremely overbought.

With that, Bitcoin-hater Peter Schiff chimes in on the current situation by calling it an absurd bubble.

“Investors say foolish things during bubbles. To maintain their delusion and deny a bubble exists, those trapped inside must not only justify an asset’s price but rationalize why it’s going much higher. But never has the bubble blabber been more absurd than it is with #Bitcoin.

Bubble or not, the one certainty to come out of this is that no Ponzi scheme has ever entered the top ten most valuable assets in the world.