A Pakistani high court has asked the law and finance ministry officials to submit final recommendations on how cryptocurrencies should be treated in the country. 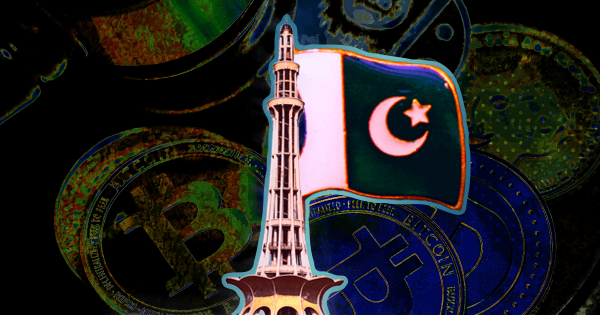 A Pakistani high court has directed federal officials in charge of studying cryptocurrencies to submit their final recommendations on how the country should tackle virtual assets.

The hearing will determine whether the country will ban cryptocurrencies or finally begin the process of creating a regulatory framework around virtual assets, which so far sit firmly in a legal grey area.

The local crypto industry is at an inflection point, and the ruling will determine whether growth will continue.

Pakistan is currently ranked third in crypto adoption across the world, with more than nine million users, which makes up roughly 4.1% of the country’s population. Amid high inflation, people worldwide are turning to crypto and the South Asian country is no exception.

However, the industry has been struggling with confusing restrictions and haphazard rules.

Officially, the central bank has restricted local banks and financial institutions from processing transactions related to crypto activity. On the other hand, Binance has a thriving P2P market in the country, and converting crypto to local rupees is rarely an issue.

Adoption continues to rise in Pakistan, and various entities in the industry have petitioned courts and the government to create a regulatory environment for digital assets and a more open environment for crypto.

This latest hearing is related to a petition submitted in 2019 which seeks to overrule the central bank’s aforementioned restrictive guidance to local banks. One advocate of the crypto industry is Waqar Zaka, a local celebrity and influencer, who has been vocal about the benefits of crypto and critical of the government’s stance for a number of years now.

Just remember I tried everything from court to going to minister , wasting my personal time so @ImranKhanPTI can allow bitcoin & regulate crypto. Now imagine if they allowed in 2020, investing at 5K BTC , today we could have been in a position to buy oil & gas cheaply pic.twitter.com/6AXCLMxfq9

Chances of a ban?

The committee — made of officials from both the Ministry of Law and the Ministry of Finance and led by the deputy governor of Pakistan’s central bank — which will submit final recommendations on crypto to the high court, has previously recommended a blanket ban on all crypto activity.

It argued that crypto activity caused people to send money outside the country, which strains the local economic situation. It said in a document submitted to the court in January that:

“The State Bank of Pakistan has concerns over the trading of cryptocurrencies by individuals and entities, as it results in outflow of foreign exchange from the country.”

Despite the rapid adoption trend, the central bank does not have a favorable view of crypto. It also stated in the document that:

“After a careful risk-benefit analysis, it emerged that risks of cryptocurrency far outweigh its benefits for Pakistan.”

However, earlier in April, local media reported that the central bank was looking into issuing its own digital currency, which could mean that it has become more open to the idea of digital assets.

Meanwhile, Pakistan’s two closest allies — Saudi Arabia and China — are also averse to crypto, with the former taking a similar position to Pakistan and the latter having issued a complete ban on all cryptocurrency activity.