While there are many prominent names working with the technology, security concerns still create an adoption hurdle for many. 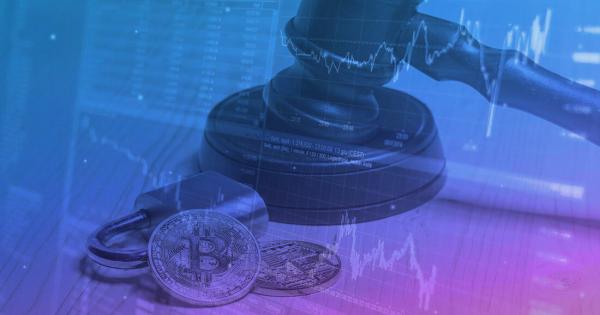 It’s 2022, and industries from all over the world are beginning to wake up to decentralized technologies such as blockchain. While there are many prominent names working with the technology, security concerns still create an adoption hurdle for many. Malicious actors can put on-chain funds at risk, and major institutions simply cannot afford to have anything go wrong when so much capital is involved.

Nevertheless, emerging forensic monitoring techniques developed to counter these risks may revolutionize the safety of these systems, and in turn, the adoption of them.

Blockchain technology has evolved rapidly over the past decade. In the beginning, there was Bitcoin — a new and revolutionary peer-to-peer digital currency platform that eliminated intermediaries. A few years later, the Ethereum platform launched and brought smart contracts capable of automating contractual agreements to blockchain applications. With this evolution, digital currency became programmable, paving the way for decentralized applications (dapps) that would usher in a much more robust cryptocurrency ecosystem.

All of these systems are beginning to scale as well as interconnect, bringing the promise of a true “web 3.0” where value is safely transferred across platforms, and users have control of their data. However, there are still some lingering issues that must be addressed if it is to come to fruition.

Perhaps most notably is the issue of security. The cryptocurrency industry has often been viewed as a “wild west” environment — a perception that has arguably held back institutional investment for much of its existence. There are varying solutions to this problem, but almost everyone agrees that effective mitigation of malicious actors is necessary for this technology to be the basis of a better financial system.

Of course, some of the solutions come with their own pain points. Take Ethereum 2.0, for example. The ETH 2.0 chain has implemented a process called “slashing.” Slashing is a mechanism designed to discourage validator misbehavior by liquidating staked funds. Done in the interest of the entire network, nodes will detect invalid transactions coming from a peer node and will cut them off, or slash them, from the network and penalize them for the misbehavior.

This is undoubtedly a step in the right direction, but slashing nonetheless places the onus on network participants to root out the bad actors. Furthermore, the practice is relatively blunt in its execution, meaning it eliminates offending nodes regardless of the circumstance — including human error.

Honest mistakes are punished in exactly the same way as intentional attackers. This has led to many instances where a simple bug caused otherwise completely benevolent validators to lose their funds. This is not the type of error that large, institutional players can afford to have happen. Clearly, a tighter system is needed before big business gets involved.

A Smarter Form of Enforcement

In order to address these issues, a new, more discerning system of policing blockchains will be necessary. Imagine a protocol that builds on the aforementioned slashing mechanism. But, rather than relying on adjacent nodes to hunt down malicious actors, the forensics system constantly monitors the chain and eliminates wrongdoers autonomously. Better still, it does so only after collecting specific provable evidence that confirms ill intent.

First, only the misbehaving nodes will see their funds taken away, maintaining an incentive to be honest while sparing nodes that make more innocent mistakes.

Second, in the unlikely event that more than ⅓ of the system is compromised, leading to an attempted attack, the forensics process shuts down those “attack” nodes before they could cause any permanent network instability, allowing the rest of the validators to operate as they should.

This becomes a game-changer in network security and accountability. Businesses could operate on the blockchain without fears of attack or error adversely affecting their capital. In fact, having assets on-chain would be truly safer than storing them almost anywhere else, and the entire history of every transaction could easily be audited for complete transparency.

The Road To Industry Adoption

Once implemented,  the upgraded forensics monitoring system would provide the exact kind of reassurance the industry needs to begin putting serious investments into the decentralized space. Once it can be easily demonstrated how new techniques can avert cyber-attacks while improving clarity around the movement of money, businesses will likely begin a much more widespread embrace of such payment rails. These new systems can also be applied to public, private, and hybrid blockchains, so there are almost no restrictions on their ability to be rolled out en masse.

Ultimately, this is probably the most effective and quickest path forward for decentralized ledgers to become a staple of the financial world. Clearly, there is already interest, but issues with security have kept many away. That doesn’t have to stay the same though, and on-chain forensics monitoring can put those fears to rest, allowing for a whole new wave of companies to enjoy the benefits of blockchain technology in a safe and trustless manner.

For more information about the XDC Network, please visit www.xinfin.org