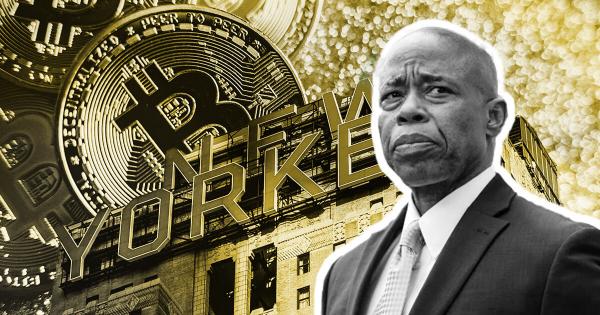 New York City’s new mayor, Eric Adams, has taken a bold step to fulfill one of his promises as he is set to take his first paycheck in Bitcoin, according to available information.

The Mayor, in November last year, had promised to take his first three paychecks in office as a Mayor in crypto.

Mayor Adams to get paid in Bitcoin

Recent revelations have now revealed that Mayor Adams will be receiving his first paycheck in Bitcoin and Ethereum later on Friday. The paycheck would be converted using one of the leading crypto exchanges in the United States, Coinbase.

It is important to note that when Mayor Adams made his promise regarding cryptocurrencies, the crypto market was experiencing a green run that culminated in an all-time high. However, the crypto market has since shed most of the gains as the flagship digital asset for the second in recent weeks dropped below the $40k mark.

But despite the fall in value, the pro-crypto mayor appears unfazed. In one of his recent statements, he expressed his desire to make New York the Centre of the world’s innovations in the financial world.

Apart from the New York City mayor, another pro-crypto mayor is that of Miami, Francis Suarez, who was the first to take his paycheck in BTC.

Crypto adoption around the world

With New York’s city mayor being the latest individual to be willing to receive crypto payment, it continues the widespread adoption moves being made across the world by individuals and institutions.

Recently, Francis Ngannou, the current holder of the UFC heavyweight title, revealed that he would be receiving half of his prize purse from a UFC event slated for this weekend in the flagship asset. Apart from that, he also said that he would be giving away $300,000 in Bitcoin to fans who comment on his post.

I believe bitcoin can empower people everywhere. So I’m excited to partner w/ @CashApp to take half my #UFC270 purse in bitcoin. I want to make bitcoin more accessible to my fans, so I’m giving out $300K in bitcoin! Follow @CashApp + drop your $cashtag w/ #PaidInBitcoin pic.twitter.com/8JEvJ1UYu1

However, critics of crypto adoption would point to the current price movement of the wider crypto industry as one of the risks associated with adopting digital assets as a payment method. 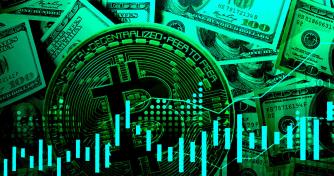