The sporting goods giant seeks to leverage the Metaverse design expertise of RTFKT to advance its own. 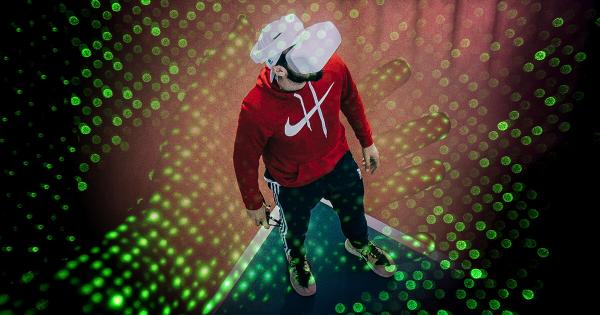 Mid-December saw Nike announce the acquisition of RTFKT Studios, which they describe as “a leading brand that leverages cutting edge innovation to deliver next-generation collectibles that merge culture and gaming.”

The sporting goods giant did not disclose the terms of the deal. But given RTFKT’s track record in the NFT space, almost everyone agrees this buyout reflects part of Nike’s strategic push towards the Metaverse.

Commenting on the acquisition, RTFKT co-founder, Benoit Pagotto, said both firms share commonalities in innovation, creativity, and community. Pagotto added that the move would see RTFKT expand its Metaverse operations.

“Nike is the only brand in the world that shares the deep passion we all have for innovation, creativity and community, and we’re excited to grow our brand which was fully formed in the metaverse.”

Nike is no stranger to NFTs

RTKFT was founded in January 2020 by friends Benoit Pagotto, Chris Le, and Steven Vasilev. Their collective vision was to create next-generation Metaverse designs.

“RTFKT uses the latest in game engines, NFT , blockchain authentication and augmented reality, combined with manufacturing expertise to create one of a kind sneakers and digital artifacts.”

The firm also bridges the physical world in what they call “forging.” This involves certain NFTs being created into physical items that the NFT owner can redeem and own in the real world.

In 2019, Nike made waves with the “Crypotkicks” patent. The details of the patent show a system linking secured digital assets to physical products. Seemingly, this will be used to track ownership and verify authenticity.

Two years ago, the Metaverse link wasn’t so obvious. But, through this application, buying a pair of Cryptokicks in the real world means also owning them in the virtual world – thus bridging both worlds to a degree.

What is Nike’s vision for the Metaverse?

Given the mainstream coverage of the Metaverse, the term is fast gaining ground as a buzzword to describe a futuristic virtual world.

Admittedly, the technology isn’t there yet to the extent depicted in films such as Ready Player One. But futurists say the technology is converging to get to that point, with 2022 set to be a defining period in making that happen.

According to The Verge, Nike execs are buying into the idea that, in the future, Metaverse users will play games or enter virtual spaces where their NFT items will materialize after ownership rights (connected to a wallet) have been verified.

It follows that just as bragging rights on the latest Nike drops exist in the real world, so too will they exist in the Metaverse.