NFL that teams will now have permission to seek blockchain partnerships under certain criterias. 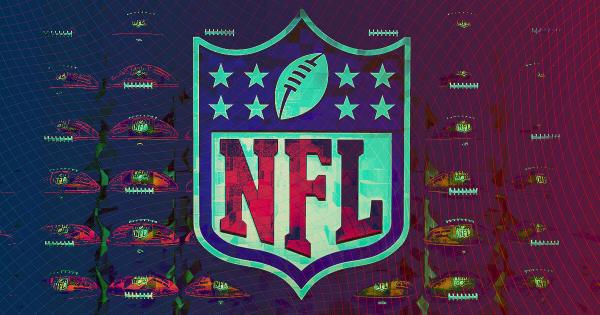 The national football league (NFL) has finally lifted the embargo on teams’ involvement in crypto-related activities.

In a memo released on Tuesday, the NFL stated that teams will now have permission to seek blockchain partnerships. But this doesn’t include stadium signage, and the clubs won’t still be allowed to directly promote cryptocurrencies.

This decision modifies the previous outright ban of cryptocurrency sponsorship imposed in August 2021. Then, the NFL banned teams from selling non-fungible tokens (NFTs) as it claims to be developing a strategy.

But with the level of success and progress the space has seen in recent times, the change in its approach is not entirely surprising.

According to the NFL, it claims that it has finally evaluated the technology and will now permit “promotional relationships without undertaking excessive regulator or brand risk.”

However, there are lots of other restrictions in place. The head of consumer products at NFL, Joe Ruggiero, told CNBC that the sponsorship deals are not to exceed three years so as to ensure flexibility.

This means that long-term deals such as the 20-year sponsorship that saw LA Staples Centre become Crypto.com Arena won’t be possible in the NFL.

The new rules will only allow teams to advertise NFTs and the companies behind the project. But they can’t use their official logos and other markings in the ads. Teams can’t enter any product licensing arrangements or sponsorship with NFT or NFT companies.

This strict stance on NFTs is due to NFL interest in non-fungible tokens space. Per available information, the league has entered into a partnership with leading NFT company Dapper Labs.

Another area where there are still restrictions is on fan tokens. This isn’t surprising, given that the performance of sports fan tokens has been far below expectations in recent times.

As a result, most fan tokens have not been of value to sports fans and have become just another speculative asset with a high potential for loss.

However, the NFL hasn’t just been evaluating the crypto space; it’s also making moves to capitalize on the technology. In fact, it has lobbied the White House, Department of Justice, and the Securities and Exchange Commission on matters relating to blockchain technology.

It also experimented with NFTs during some of its games last year, including Super Bowl LVI where a number of crypto firms advertise their services via the platform.