Robert Beadles, otherwise known as “Crypto Beadles,” the founder and president of Monarch, an all-in-one crypto wallet, believes that what the crypto industry needs is an interoperable platform that converts coins into spendable currency. 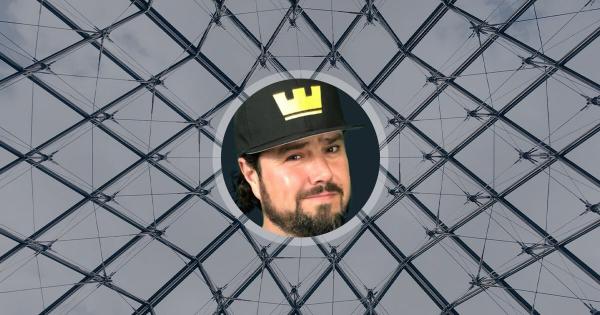 Robert Beadles, otherwise known as “Crypto Beadles,” the founder and president of Monarch, an all-in-one crypto wallet, believes that what the crypto industry needs is an interoperable platform that converts coins into spendable currency. In an interview with CryptoSlate, Beadles shared his thoughts on the state of the crypto industry and discussed the ways it was being improved.

“A good product sells itself” is an old sales adage that can be perfectly applied to the Monarch wallet. Created as an all-in-one stop for everything crypto-related, the success of Monarch can be attributed to its founder—Robert Beadles.

While the modest Beadles attributes the steady growth of his company to the amazing team behind it, his entrepreneurial drive is what makes Monarch one of the most popular decentralized wallets in the crypto industry.

In an interview with CryptoSlate, Beadles revealed that he got his start in a California-based construction company, after which he transitioned to software development. Listening to a Max Keiser report back in 2011 got him infected with the “crypto bug,” Beadles said. After reaping huge success with his YouTube channel, CryptoBeadles, he went on to create Monarch, a decentralized crypto wallet.

He said when discussing the decision to keep Monarch free:

“It’s really important that people have the ability to control their own financial kingdom.”

Beadles funds Monarch from his own pocket, he says, adding that a part of the money that goes into developing new services comes from token sales. As Monarch offers payment and exchange services as well, it profits from merchant transaction fees. The company also plans on creating an ICO platform in the near future, but details about the deal are yet to be revealed.

More to crypto than just Bitcoin

The growth of the crypto industry deepens the schism between Bitcoin maximalists and the proponents of more diversity in crypto. Beadles, despite holding around 80 percent of his personal investment in BTC, believes there’s more to crypto than just Bitcoin. He said:

“I love Bitcoin, but I’m not naïve to think that it’s the end all be all of these other projects.”

However, having a variety of utility coins on the market comes with its drawbacks—the lack of usability. Beadles believes people should have the ability to hold as many different coins as they want, but that they’ll ultimately need to be converted into something “universal.” He explained.

“What we need is some interoperable device, some type of platform that doesn’t matter what token you have, it will just be converted into spendable currency.”

And this isn’t the only bold idea Beadles has—his thoughts on some of the most controversial developments in crypto are overwhelmingly positive. Governments banning crypto trading is ultimately bullish for crypto, as is Facebook’s Libra, he said. The possibility of crypto mining being banned in China would ultimately benefit the industry, he said, as shutting down large facilities would bring much-needed decentralization to mining.

The more people enter crypto, the better it will get in the longterm. However, Beadles steered clear of making any predictions about Bitcoin or any other cryptocurrency, saying that making “outlandish and bold” predictions are irresponsible towards his customers.

Nonetheless, the longterm outlook on Bitcoin is ultimately positive. The fact that it’s immutable and easily trackable will ultimately make it attractive to governments, he explained but added that at the end of the day, crypto is still a gamble.

Beadles will be a speaker at TF4 Blockchain Conference, taking place on Thursday, November 14 in Seattle.

END_OF_DOCUMENT_TOKEN_TO_BE_REPLACED

The Monarch App functions as a digital wallet, where users will be able to store their Bitcoin, Ethereum and all ERC-20 token (NEP-5 tokens support coming soon).

TF Blockchain Conferences are capped at 200 attendees, in order to provide an intentional and intimate conference experience.