Mining Capital Coin CEO Luiz Capuci Jr. faces multiple charges and may be sentenced to up to 45 years in prison if convicted on all counts. 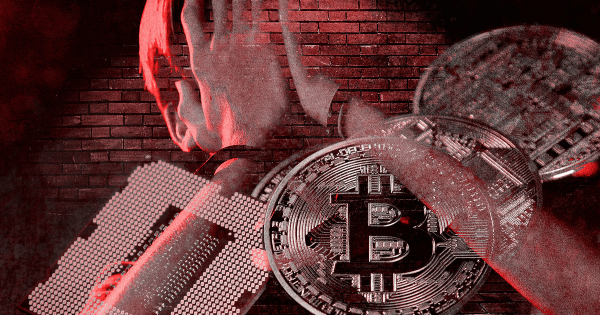 The U.S. Department of Justice has unsealed an indictment charging Luiz Capuci Jr., the CEO of Mining Capital Coin (MCC), for orchestrating a $62 million global investment and fraud scheme. The company purported to operate a mining and investment platform. A press release unveiled this news on May 6.

Capuci misled investors about MCC’s crypto mining and investment program per the indictment. The program required investors to purchase Mining Packages. Capuci and his co-conspirators praised the MCC program, saying the company had an international network of mining equipment.

According to them, miners needed to invest to power the crypto mining machines, which could purportedly generate substantial profits and guaranteed returns. Additionally, Capuci lauded the MCC’s token, Capital Coin, as a decentralized autonomous organization (DAO) that had stability backed by revenue from the largest crypto mining organization in the world.

However, Capuci did not use the invested funds to mine new crypto. Instead, he directed the funds into wallets under his control.

He added that the department is committed to following the money to expose criminal schemes, hold fraudsters accountable, and protect investors.

Apart from deceiving investors about investing their money, Capuci also praised MCC’s alleged Trading Bots as an additional investment mechanism for crypto adopters. He claimed that MCC teamed up with leading software developers in Asia, Russia, and the U.S. to create advanced Trading Bots, which the company tested with new technology.

He further touted the Trading Bots, saying they operated at a high frequency, which enabled them to complete thousands of trades per second. Capuci said they would generate daily returns for investors as part of lauding the bots. However, investors suffered the same fate as those that invested in the crypto mining scheme after Capuci and his co-conspirators pocketed the invested funds.

If convicted of all charges, Capuci will face 45 years in prison. A federal district court judge will determine his sentence after considering the U.S. Sentencing and Guidelines and other statutory factors.