Saylor says a cryptocurrency can only be a commodity if there is no issuer and no one is making any decisions on the network. 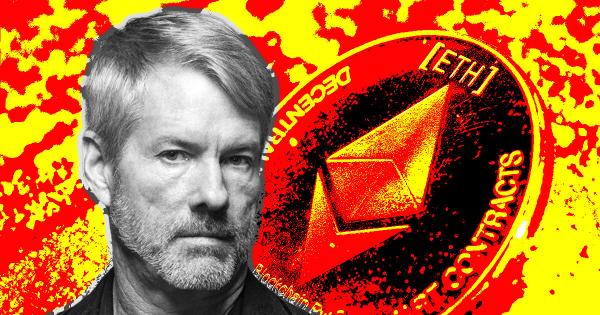 According to Saylor, the fact that Ethereum was first issued via an initial coin offering proves it is not a commodity.

“There’s a management team. There was a pre-mine. There’s a hard fork. There are continual hard forks.”

He also talked about Ethereum’s difficulty bomb and how it keeps getting postponed every six months, which serves to prove the asset is a security.

If the Ethereum difficulty bomb went off, it would disincentivize miners and mark the network’s full transition into a proof of stake network.

In Saylor’s opinion, a cryptocurrency can only be a commodity if there is no issuer and no one is making any decisions on the network.

Saylor believes the ability of Ethereum to change is also its problem as far as securities law is concerned. According to him, people want a decentralized protocol like Bitcoin that can’t be changed.

Meanwhile, he admitted that securities have their use. But there should be “full and fair disclosures” about these tokens.

Additionally, he pointed to the recent statement by the Securities and Exchange Commission (SEC) that any cryptocurrency that generates staking yields is security.

Saylor’s statement is coming on the heels of a lawsuit against Solana (SOL) about being security.

Many in the crypto community don’t agree with this view. Several podcasters have pointed out that even SEC chairman Gary Gensler hasn’t described Ethereum as a security.

George at CryptosRUs pointed out that even Bitcoin has had upgrades, including the SegWit upgrade, which was part of the reasons for the Bitcoin Cash hard fork.