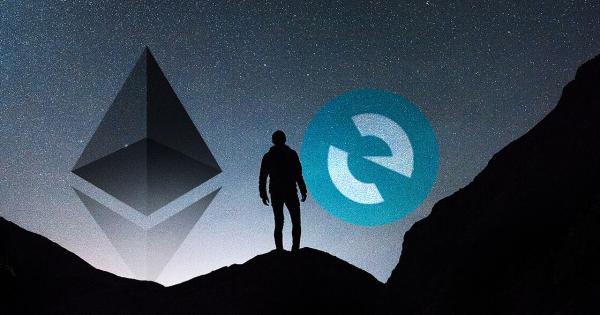 MEW (MyEtherWallet) is a free and open-source Ethereum wallet interface. The organization aims to allow users to interact directly with the blockchain while remaining in full control of private keys and funds.

On Mar. 11th, MEW announced the launch of EthVM Alpha on the Ethereum test network. EthVM Alpha is a blockchain explorer tool designed to enable users to examine blockchain histories, balances, and smart contracts, all while adhering to an open-source philosophy.

According to Aldo Borrero, lead developer of EthVM Alpha:

“Ethereum was built to be an open and a decentralized platform. EthVM Alpha honours the same core principles, and we’d like a global community to help us expand and improve this amazing project.”

Allegedly, according to a MEW spokesperson, EthVM Alpha rivals Etherscan.io because “it is open-source, enables additional features and welcomes community collaboration.” A preview of MEW’s EthVM Alpha is available here.

Open-source software has the benefit of having hundreds (or even thousands) of independent developers working on a project worldwide. For open-source projects with large communities, the result is a vast peer review process that ensures security and accountability. Security holes are identified and fixed quickly, and anyone can research the developers who contribute to a project based on the quality of the code they write.

Advocates of open-source tend to hold similar values to those who support blockchains. Ideals of community participation, collaboration, and volunteerism are common among these kinds of projects. Furthermore, these projects usually make their software available for free.

Olga Kupchevskaya, vice president of MEW explained her reasoning for why the tool was needed:

“The explosion of interest in cryptocurrencies in 2017 brought many new players to the blockchain space but also bewildered many newcomers. What we need are open-source blockchain tools that can provide knowledge and resources to this growing community, in order to facilitate healthy technology development.”

In the past, MEW was able to meet these goals through its free and open-source Ethereum wallet interface. Now, the organization is expanding into other interactions with the Ethereum blockchain.

“Developing EthVM Alpha was an obvious next step for the MEW team. We want everyone in the world to interact with cryptocurrency, especially absolute beginners. An open source explorer like EthVM Alpha will not only encourage crypto-literacy among users but advance the ecosystem as a whole by making public blockchain data easily accessible for apps,” said Kupchevskaya.

It is worth noting that many of the points of failure around blockchain technology are the centralized points of access. Utilities such as exchanges, wallets, and explorers are often points of failure involved in hacks and scams and in some cases negate the benefits of blockchain.

As better decentralized alternatives arise they will continue to improve upon the resiliency, accessibility, and robustness of the cryptocurrency ecosystem.

How to Avoid Getting Caught in a Phish-net of Scams