McDonald’s “virtual restaurants” are coming soon to the Metaverse

Trademark filings raise questions on how McDonald's intends to position itself in the Metaverse. 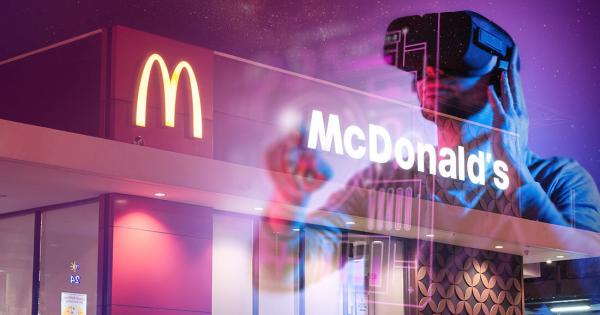 Photo by Visual Karsa on Unsplash and freepik.com

On Wednesday, trademark attorney Josh Gerben tweeted that McDonald’s has filed ten trademark applications in relation to the Metaverse.

Gerben said the filings indicate the fast-food giant has plans to bring a “virtual restaurant” offering both “actual and virtual goods.”

“McDonald’s is headed to the metaverse.

Virtual goods in the Metaverse are an established trend, for example, in gaming items or clothing for avatars. But virtual food is unheard of till now.

Corporations are jumping headfirst into the Metaverse

Much like NFTs, the Metaverse is a highly divisive topic. While some call it a natural evolution of the internet, others envision it as a dystopian nightmare.

Indeed, the now-infamous video of Mark Zuckerberg introducing Meta’s take on the concept has drawn widespread criticism from pundits and the general public alike. But then again, wasn’t the same said about the internet in the 1970s?

Whatever your position on the matter, Silicon Valley, flanked by big corporations, is pushing ahead with their centralized versions regardless of public resistance. Zuckerberg said the Metaverse could bring “access to jobs and more places,” giving insight into his plans for the concept.

“I think this could be very positive for our society and economy. Giving people access to jobs and more places, no matter where they live will be a big deal for spreading more opportunity to more people.”

Where does this lead?

Just as the internet spawned new jobs that didn’t exist previously, such as social media marketer or community manager, futurists say the same thing will happen with the Metaverse.

Technology consulting firm BLVCK PiXEL explored this idea by imagining what future jobs could exist in the Metaverse. They came up with positions such as Digital Fashion Designer, Metahuman Doctor, Artifact Chaser, and Smart Contract Lawyer.

But if we’re all to live and work in the Metaverse, it follows that there will also be McJobs as well. Then again, wouldn’t a virtual McDonald’s be 100% automated? In addition, what is the point of a virtual burger?

It seems McDonald’s foray into the Metaverse is raising a lot of questions.

Editor at Restaurant Business magazine, Jonathan Maze, played down the significance of the filings, saying the move is simply to stop copycats opening a McDonald’s in the virtual world.

These are their basic marks, no? So wouldn't this suggest they're just protecting their trademarks on the metaverse? So someone can't try to open up a "McDonald's" in the metaverse.

Based on that, along with the technology being nowhere near offering a convincing substitute for real life, the idea of corporations rushing to the Metaverse appears to be FOMO-driven, for now at least.