The massive internet outage on June 8, 2021 underlined the vulnerability of our current web infrastructure. 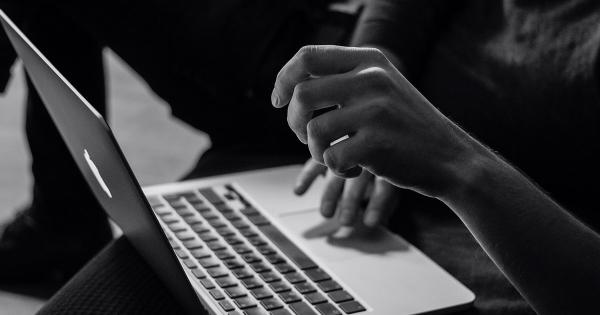 Photo by Sergey Zolkin on Unsplash

A series of websites — including the White House, Gov.uk, Spotify, and Reddit — went down last Tuesday morning following a massive outage at Fastly, a content-delivery network.

The outage further affected e-commerce sites, like Shopify, eBay, and PayPal, as well as Twitch and Vimeo. Shopify reported that sellers and customers were unable to access their online stores and checkout pages respectively. News and media outlets also encountered difficulties, with content from providers like the New York Times, BBC, and Guardian being interrupted.

It wasn’t long before investigators identified Fastly as the source of the trouble. Fastly is one of a number of companies that provides a service known as a content delivery network (CDN) via cloud servers distributed across 26 countries. Fastly allows customers — Amazon, Reddit, et al. — to store mirrors of their websites and data (videos, audio files, and photos) on servers for a fee. Using this service increases streaming speeds by moving the source of information (the server) to locations geographically closer to the consumer.

This is why your BBC app works as well in Tokyo as it does in London. In a period in which people are using the internet more than anytime in history, this service has proved exceedingly profitable. Tellingly, Fastly made $290.9 million in revenues in 2020 alone.

Despite only lasting a few hours, numerous analysts have pointed out that Tuesday’s outage was extremely costly. After all, Fastly’s servers handled 10% of the Internet. Tellingly, outages in 2015, a period with fewer connected devices and a lower societal dependence on the internet cost the global economy an estimated USD $2.4 billion that year. Conservative estimates put the cost of Tuesday’s outage at approx. $300 million for the hour. Indeed, a true measure of the damage done to businesses that rely on these services will remain unknown.

So how did this happen? When considering the economic damage, and the recent spate of high-profile hacker attacks, most readers might be shocked to learn that the outage was due to something incredibly mundane. Indeed, it was first reported as an “unexplained configuration error”.

The Problem with CDNs

Analyzing how 10% of the internet went out of service for 45 minutes requires a basic understanding of what Fastly does. CDN providers allow companies to place mirrors of their websites on geographically disparate edge servers. This reduces lag while simultaneously avoiding crashes due to surges in visits to the website. Remember when the Canadian immigration website crashed following the 2016 US election? The incident probably could have been avoided using Fastly’s services.

The problem is these edge servers are linked systems and under centralised control of the Fastly. If one server encounters a problem — be it a cyber attack, or in this case an Edge Cloud server configuration — it can snowball until the public loses access to fundamental internet services. In a twist of fate, a service designed to improve internet reliability and speed ends up temporarily inhibiting public access.

It must have been a stressful 45 minutes for the IT team at Fastly, who fortunately (and somewhat heroically) managed to restore service. Fortunately, this downtime was not the result of a cyber attack.

Unfortunately, content delivery networks like Fastly are not the only enterprises that create proverbial chinks in the internet’s proverbial armor. Indeed, Cloud services providers such as Amazon Web Services (Amazon AWS) are equally susceptible.

AWS, Google, and Microsoft dominate the highly-centralized cloud service industry. Everything from baby pictures to confidential medical information are stored in the Cloud.

A multi-hour outage at AWS in November 2020 took out numerous news and service providers. As AWS interacts with a full 40% of the entire internet, the damage to the business was, again, immeasurable.

A similar failure at another Cloudflare (Fastly’s competitor) resulted in a similar outage. The 2-hour outage was caused by a single error (single!) in a physical link between Chicago and Newark.

To sum up, a significant portion of the internet is handled by a few players. This centralized arrangement has been demonstrated to be susceptible to single points of failure — a fire, a flood, a cyberattack, an Edge server configuration error — all can result in loss of service, economic loss, and genuine security threats. Despite suffering from “single points of failure” the services provided by CDNs and Cloud Service providers are increasingly important.

So are internet outages going to be a normal occurrence in our future? Is there anything to be done, or are we heading for an inevitable Bladerunner 2049 style data blackout?

Addressing the outage necessitates addressing a larger problem: The centralization of the internet.

Can and should the Internet be Decentralized?

The recent spate of outages and ransomware attacks demonstrate the fragility of our present centralised internet distribution framework.

Internet centralization is also cited as a major enabler of internet censorship and can result in lost/stolen user data. Analogously, the same centralized organization model that caused last week’s internet shutdown also enables the Great Firewall of China. In sum, consolidating access to information in the hands of a few service providers, who are in turn controlled by state and private actors, puts the public at the mercy of these actors.

Decentralizing the internet could limit the damage of future outages while limiting the threat states, security agencies, hackers, and private companies pose to our privacy and access to information.

To this end, Blockchain technology shows incredible promise as it enables average citizens to play the role of both information consumer and distributor — thus reducing societal reliance on CDNs and Cloud Service Providers. Blockchain stores information on a distributed ledger is close to unhackable, and, unlike the current internet distribution model, is decentralized.

Indeed, using blockchain technology removes the possibility of “single points of failure” by reducing the need for privately owned servers. This has the added benefit of removing government influence over these servers and yields a more democratic distribution model.

How can blockchain projects help decentralize the Internet?

Silicon Valley-based Deeper Network, which raised a record amount of crowdfunding on Indiegogo for its VPN hardware device, seeks to create a decentralized network that leverages public chains, applications, and hardware gateways, free of third-party interference. It cleverly also rewards its network participants who help secure and maintain its ecosystem with its native DPR digital asset through a Proof-of-Credit (PoC) mechanism.

This new generation of Decentralized VPN (DPN) solutions will in particular help address centralized server issues by moving information transfer points to distributed ledgers free of anyone central point of failure, allowing users to leverage a decentralized private network from anywhere. This removes centralized servers — and all their associated pratfalls — from the equation.

The ultimate aim of Web 3.0 proponents and startups in the blockchain space is to return control of the Internet to the individual user while providing an affordable and reliable alternative for companies looking to avoid incidents like Tuesday’s internet outage.

More than anything else, the disastrous Fastly outage demonstrates the dangers of centralized internet infrastructure. Without a significant change in distribution, private citizens are left navigating outages, censorship, and disinformation as though they were uniquely modern natural disasters.

Deeper Network aims to combine blockchain, network security, and sharing economy to create a global peer-to-peer network that empowers the real users of the internet and paves the way for the next generation of the web..