MakerDAO’s decision is tied to the fact that half of DAI borrowed on Aave was from Celsius, which is currently facing liquidity issues. 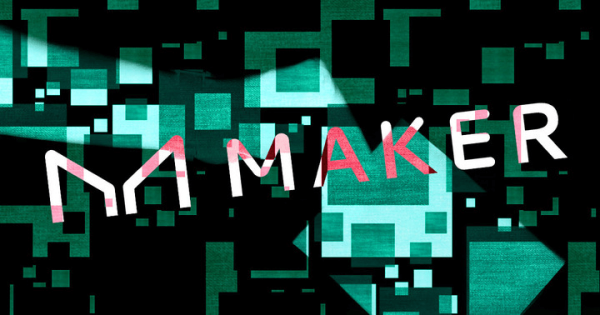 MakerDAO has announced the removal of the leading lending platform, Aave, as one of those with direct deposit module (D3M) access to its lending pool.

The decentralized organization has decided to protect its protocol in case the ongoing Celsius crisis affects the stETH peg too.

According to one of the arguments in support of the proposal, the move is necessary because:

Out of 200m DAI borrowed on Aave Ethereum v2, 100m DAI is being borrowed by Celsius and collateralized mostly by stETH.

So, considering the preceding, the protocol is looking to protect its users from the high risk of borrowing stablecoins that stETH collateralizes.

MakerDAO has deepened its attempt to cut off its exposure to stETH, as the DAO has approved a new proposal that would see it adopt Rocket Pool ETH (rETH) as its new type of collateral.

The Maker Governance has voted to add rETH (@Rocket_Pool staked ETH) as a new collateral type in the Maker Protocol.

rETH and stETH are similar in operation as they both can be redeemed 1:1 for ETH once the Merge is live. However, unlike stETH, which depegged from Ethereum (ETH), rETH is currently trading for $1093 — at par with ETH.

The move further indicates Maker’s intention to reduce its exposure to assets that are currently in peril.

Aave is voting on pausing ETH borrowing and freezing stETH

In a separate development on Aave, a proposal has been made to the decentralized finance protocol to freeze stETH, increase the liquidity threshold of staked Ethereum to 90% and pause Ethereum borrowing on the platform.

According to the proposal, it is designed to “mitigate risk to Aave v2 markets relating to the price deviation of stETH/ETH.”

The proposal continued that many users have deposited stETH and borrowed Ethereum, meaning if the divergence in the price of both assets continued, several positions would have to be liquidated on Aave.

As of press time, 88% of Aave users have voted against the proposal, with one of them arguing that:

As long as the potential damage is bearable, I think the markets should be kept up as I believe one of the primary purposes of AAVE is precisely to allow this kind of speculation and market activity.