Luna 2.0 stakers to decide on future of Luna Classic and re-enable IBC

LUNA Classic to re-enable IBC and to allow liquidity out of protocols that hold stuck LUNC. 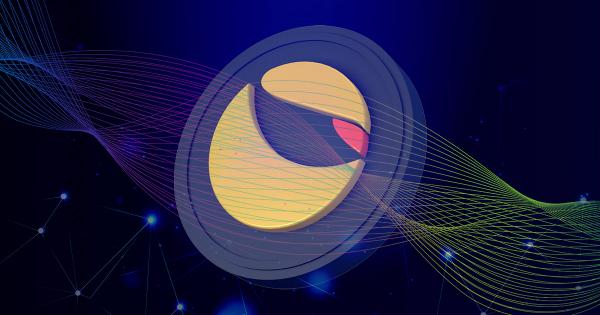 “The current state TerraV1 governance is in is debatable. This is a way of consulting the “new” Terra community, which was formed from two snapshots, and represents the stakeholders of the legacy Terra chain in an agreeable way.”

Terra validator PFC confirmed to CryptoSlate that the proposal could be completed on Luna Classic. However, it “is cost 1c to do, and it’s flooded with spam.” Thus, it appears that governance is being actioned on Luna 2.0 due to a loss of faith in its ability to govern. If IBC is re-enabled, the chain will be able to unlock tokens currently trapped in other chains. IBC is a protocol used to allow independent blockchains to communicate with each other.

“IBC & staking need to be re-enabled so the chain can live or die by itself.”

According to PFC, the governance proposal passing on LUNA 2.0 for Luna Classic is “not binding” according to PFC. The vote appears to be focused on guidance to gauge the support of the LUNA 2.0 community, which is mainly made up of LUNC holders due to the airdrop. Further, if changes to LUNC are made due to the results of a vote on LUNA 2.0, it could be argued that it invalidates the entire LUNC governance system.

How can a blockchain be updated due to a vote on a related chain? The difference between proof-of-stake and proof-of-work means that this would be possible on a proof-of-work chain; miners on Bitcoin can never affect those on Litecoin, for example.

Re-enabling IBC was a large part of the debate between Terraform Labs and the validators during the ‘war room’ conversations on May 12. However, the protocol is still offline as of June 4, and millions of dollars worth of tokens are locked in bridged assets. The new proposal plan states:

It further states, “If this proposal passes, the next step will be to prepare the software upgrade and propose it on legacy Terra, where legacy delegators and validators can have a final agreement.” Therefore, LUNC governance will be bypassed entirely, and validators will rely on the result of a vote on LUNA 2.0 to update their code and take action on the upgrade. PFC told CryptoSlate:

“A vote (1299) has already occurred on the old chain but it was done wrong. so terra1 has already voted.”

There is also the potential for a revote on Luna Classic similar to the vote to burn the remaining UST community pool. The inability of Luna Classic to run a successful governance system is highly worrying. Several updates have failed due to technical issues and other reasons over the past few weeks.

The chain cannot be expected to succeed when it cannot successfully govern itself. However, as PFC states, the chain should be given a chance to “live or die by itself.” The proposal to re-enable IBC will be the first proposal to pass on LUNA 2.0 – yet it will not be explicitly related to the governance of LUNA 2.0 but Luna Classic.