EOS is set to launch its mainnet on June 2nd, but statistics from EOSAuthority, a block producer candidate in London, reveal that 65% of users have not registered their tokens for the upcoming migration. 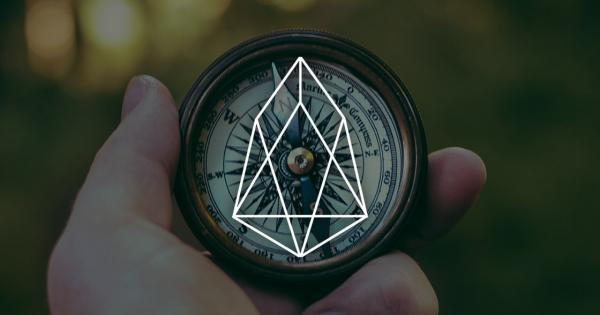 Photo by Jamie Street on Unsplash

EOS is set to launch its mainnet on June 2nd, but statistics from EOSAuthority, a block producer candidate in London, reveal that 65% of users have not registered their tokens for the upcoming migration.

Since release EOS has operated on the Ethereum network’s ERC20 token, allowing the token to operate a groundbreaking one year long ICO to provide investors with greater availability. The migration will see EOS move onto its separate dApp focused blockchain designed to facilitate a theoretical million transactions per second.

A Leap in Blockchain Throughput

The EOS team revealed in a Medium post that worst-case predictions place the network at 1,000 TPS, which is still a significant boost from the current 15TPS supported by the Ethereum blockchain. The EOS back-end will be supported by 21 supernodes elected using the dPOS system of delegation with Bitmain’s Antpool running to be one of the networks official block producers.

While investors have shown strong excitement for the mainnet release, the migration process has been anything but smooth. In order for investors to utilize the new network, they must migrate their tokens from the Ethereum network to the EOS mainnet via a registration process.

Even though EOS has made the registration process fairly easy, statistics from EOSAuthority have shown that only 35% of EOS tokens have been registered. This is a major concern for unregistered holders of EOS, as ERC20 tokens not registered before the Mainnet launch will not be counted in the blockchain snapshot meaning the unregistered coins will be incompatible with the new network, rendering them worthless in the short term.

Community Support to the Rescue

There has been no official statement from the EOS development team as to whether unregistered tokens will be able to transition onto the mainnet at a later date, but community members have been working on a fallback solution. EOSAuthority’s Roshan Abraham spoke to CryptoSlate and said:

“We encourage all users to complete registration and use a simple tool on our website eosauthority.com to confirm that you have registered successfully. The community is actively developing a fallback solution so that unregistered wallets will be registered automatically and claimed by converting an ethereum private key to an EOS private key.”

With such a low rate of registration, concerns have been raised over whether users will be actively participating in the network upon release. Given the importance of community engagement within the dPOS network structure and their responsibility in voting for official block producers, the lack of activity could degrade some of the networks core functionality.

While no one reasonably expects 100% registration of all EOS tokens, such a large portion of tokens locked out of circulation may cause a shift in the price of the mainnet token on release day.

With a mainnet release just around the corner, excitement is building as the crypto community will be able to finally bear witness to the potential of a unique blockchain 3.0 platform.