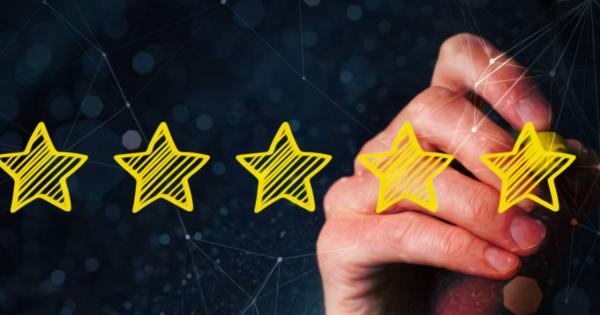 Every new ICO on the block seems to be the cause for a storm of divided opinions, colorful language and drama. The cryptocurrency community is brimming with feedback, in general, with just about everyone pitching in with their two cents.

The internet has opened up the floodgates for feedback on anything and everything. From the local hamburger joint to an electric toothbrush—if it exists, you can probably find a review on it.

Revain is planning a reform of the Wild West reviews industry with its blockchain-based feedback platform.

While Revain has remained relatively dormant in the markets since its November exchange listing, it started a bull run at the end of January, roaring all the way up to $2.70 per token (up more than 30 times its initial price of $0.04).

Revain is a Russian start-up bringing the unalterable power of blockchain and the efficiency of AI technology to the reviews market. With Revain, legitimate, genuine reviews are the name of the game—rewarding users and businesses alike for proper conduct.

The platform uses IBM’s artificial intelligence to automatically screen and filter out fake and poor-quality reviews, and then safeguard them on Ethereum’s immutable blockchain (where they cannot be altered).

In early iterations of Revain’s platform, reviews on Revain are limited to successfully completed ICO and crowdfunding cryptocurrency projects. There are currently twenty coins listed on their website. These are early days on the Revain roadmap, and the team plans to expand to e-commerce, booking, and gaming—reportedly “cooperating with giants of the gaming industry” in Q4 this year.

According to the website, the concept of Revain can be distilled down to this:

“Using blockchain technology, we managed to create an economic model, which allows common users to stay highly motivated because of our token – RVN. Using the second token – R and nonlinear conversion mechanism, Revain acquired an absolutely stable internal token. And finally, due to Ethereum platform, we were able to create a transparent system, guaranteeing immutability and incorruptibility.”

What problem does it solve?

More than ever, feedback has an essential role in society. Feedback shapes how businesses tailor their products and services to meet the demands of consumers, and influences the decisions the end-consumer makes.

From reading up on a new cryptocurrency investment to finding the tastiest cheeseburger in town, independent and unbiased reviews help consumers make informed decisions, and businesses better service their customers. 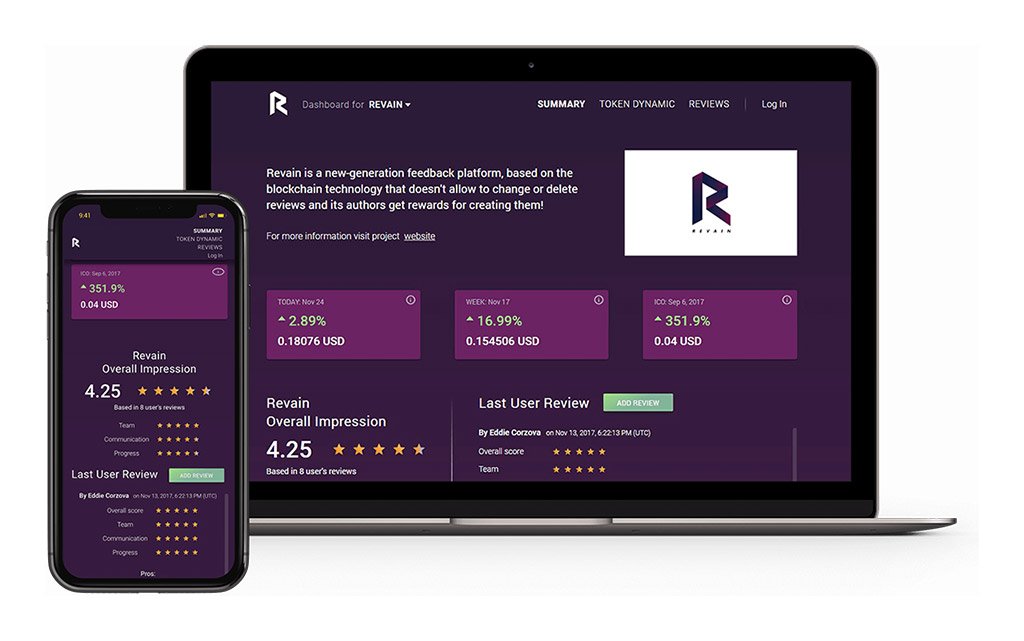 Sites like TripAdvisor and Yelp exist as standalone feedback platforms, while Amazon and eBay legitimize their products by allowing users to place feedback on their purchases. All of the above have become an essential part of how we identify quality products and services that meet our needs.

But while the internet gives a voice to all, foul play and misinformation have become an accepted reality of the landscape. Competitors may falsify reviews to discredit a product, while the review platforms themselves may modify or delete feedback that doesn’t fit their agenda.

Now, more than ever, there is a valid need for quality, trustworthy feedback. Trawling through the garbage of online forums just won’t cut the mustard.

How will Revain help?

Revain takes the possibility of bias and corruption out of the equation, with an end-to-end process designed to pick out quality feedback and then safeguard it. All incoming reviews will have to pass an initial screening test, with IBM’s Watson AI platform analyzing emotional and unconstructive language. Colorful imagery, memes and expletives will remain on subreddits or the forum of your choice.

Successful reviews are then approved or rejected by the company in question—either way, comments will be visible to all. Thanks to the Ethereum blockchain and RSS smart contracts, users and companies alike can be 100% sure that the review has not been censored at any point of the process.

The beauty of Revain’s platform is that it benefits individual consumers and businesses equally, while creating an incentive for honesty.

Users can be rewarded with RVN tokens for submitting a review, while companies can use the token to purchase quality feedback, direct from its customer base. And at the end of the whole journey, consumers have unbridled access transparent, high-quality feedback to aid their decision-making.

The token is also used to discourage foul play by any party involved. Users may be fined for breaching the platform’s regulations, and companies penalized when unfairly dismissing reviews.

The project is the brainchild of Rinat Arslanov, a young entrepreneur that stumbled upon blockchain technology only last year. While Arnaslov and his Russian-based team are recent additions to the blockchain community, they appear highly capable judging by their progress to date.

Arnaslov and his team maintain an active presence on all the usual suspects: Facebook, Medium, Reddit, Twritter Telegram, and appear to be gaining momentum across all platforms.

While boasting a modest number of followers, they are producing quality content on a regular basis, timely updates, and tick all the boxes when it comes to transparency and professional expertise.

In order to create a more stable currency, Revain’s platform functions with two tokens: the current ‘R’ and the planned ‘RVN’, which will hit exchanges in Q3 this year. R was issued in limited supply as a tradable commodity, while RVN will be used within the Revain system itself.

As the platform grows in size, the limited R token will increase in value. Meanwhile, RVN will remain unaffected by market volatility. 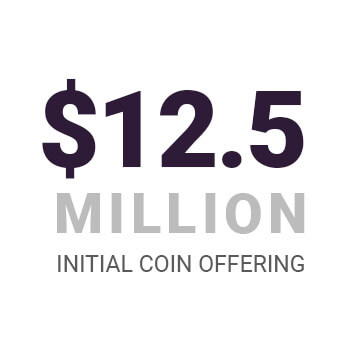 Revain’s ICO was perhaps slightly underwhelming, yet many projects have gone on to succeed from humble beginnings.

Revain is being traded on OKEX, KuCoin, HitBTC, Cryptopia and EtherDelta.

Quality feedback is invaluable to both individuals and businesses, yet current systems have allowed the creation of what Trump might call “fake reviews.” In this day and age, finding a source of quality advice is as good (and as rare) as gold.

Revain have concocted an innovative combination of AI and blockchain technology that is an innovative solution to an age-old issue.

It gives users a financial incentive to contribute constructive feedback, while giving businesses a direct source of quality information to streamline their products and services to users’ needs.

When Revain launches its reviews incentive system in Q3 this year, will consumers choose to continue trawling through fake reviews, or to be paid for their feedback? To the layman, it seems like a no-brainer.

For more information on Revain including price, market cap, technical information and social media links, check out our Revain coin profile or watch the short video below: