High volatility is likely in the coming days as on-chain metrics suggest a leveraged rollercoaster of a ride heading into The Merge. 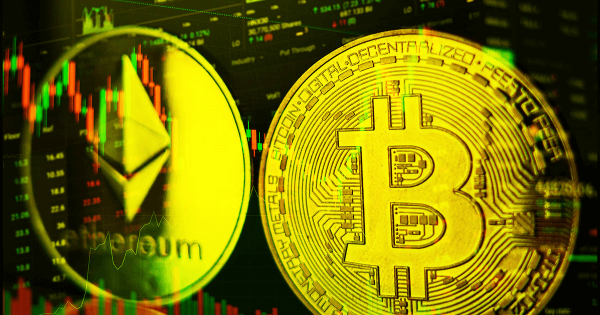 Ahead of The Merge in September, several on-chain datasets indicate a volatile end to proof-of-work on Ethereum.

Will Ethereum rally into Merge Day, or will there be a widespread “sell the news” event?

As seen from the chat below, there has been a significant uptick in ELR in August. The ELR acts as an Indicator that measures the ratio between open contracts awaiting execution and the reserve of currencies on futures trading platforms. The graph shows the ELR has reached an all-time high of 0.28 — indicating the potential for high volatility should there be large price swings.

As can be seen from the graph, there is little correlation between Ethereum and ELR in terms of price prediction. New all-time highs in ELR have not historically marked either tops or bottoms for Ethereum.

However, the more leverage, open interest, and shorts participating in the market, the higher the likelihood of volatility, as liquidations can cause a snowball effect in either direction.

Funding rates have been highly negative and correlate with other significant events within the ecosystem, such as Covid-19, Chinese miner bans, and the Terra Luna collapse.

The Merge is likely the catalyst for the negative funding rates since the start of August. Anticipation of The Merge is high for those looking to speculate on price with swing trades around the event.

In recent weeks, there was neutrality in funding as rates continuously flipped between positive and negative funding, suggesting stability. However, negative funding has been persistent and aggressive in the last week.

The current levels match the miner sell-off the previous summer, which marked the cycle bottom, similar to Covid. When shorts are bold, this has historically marked a cycle bottom.

Since the start of May, Ethereum futures markets have seen a dramatic increase in open interest. Open interest lifted off the baseline of around 3 million ETH and reached new heights of 5 million ETH in August. The growth was led by a handful of exchanges — primarily Binance, Deribit, OKEx, Bybit, FTX, and CME.

The chart below shows the total amount of funds — in native coin ETH — allocated in open futures contracts.

Comparing open interest in an ETH denomination helps isolate periods of growth in futures leverage from coin price changes. On a USD basis, the current open interest is $8 billion, which is relatively low and equivalent to the early bull market in January 2021.

The stage is set for one of the biggest days in internet history as Merge Day comes ever closer. The data suggests that we’re in for a rollercoaster of a ride, and you can watch every minute of it live with CryptoSlate during our Ethereum Merge Watch Party on September 14.

We will be joined by MetaMask, PolkaStarter, Xborg, DefiYieldApp, Swissborg, Coin Bureau, Crypto busy, and many, many more — so don’t miss out on the only place to be on Merge Day. 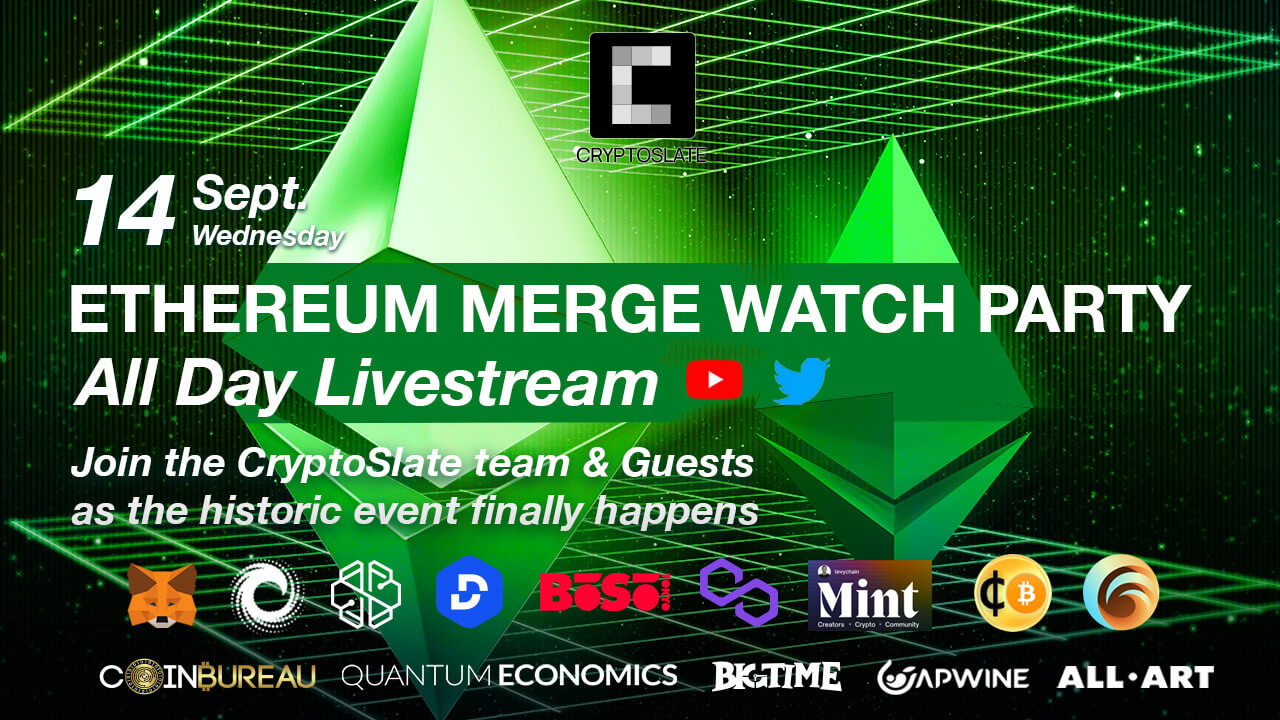