Ben Horowitz, the co-founder of Andreessen Horowitz, said that the company has not seen the level of developer activity the cryptocurrency sector has demonstrated in recent years since the rise of the Internet in the nineties. 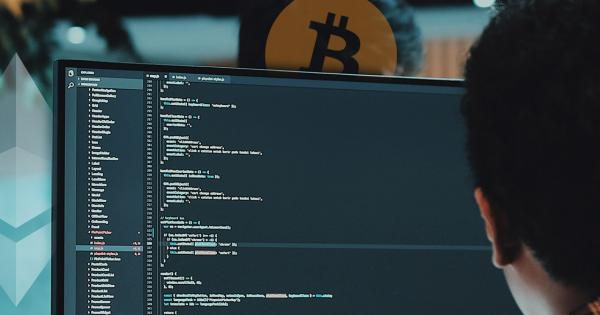 Photo by Arif Riyanto on Unsplash

Ben Horowitz, the co-founder of Andreessen Horowitz, said that the company has not seen the level of developer activity the cryptocurrency sector has demonstrated in recent years since the rise of the Internet in the nineties.

According to Horowitz, cryptocurrency and blockchain technology can be considered as a new computing platform that allows the development of various decentralized systems and financial networks.

While most blockchain networks are currently inferior to centralized alternatives, Horowitz stated that as was the case with smartphones and computers a decade ago, eventually, crypto will find ways to become more efficient and compete against existing platforms.

“I think that there is probably more developer activity in crypto than in anything we’ve seen since the Internet and the right way to think about it is, it’s a new computing platform. Once every decade or two, a new computing platform comes along. The thing that is deceptive about is that when the new platform at the time is generally worse in most ways than the old platform but has some new capabilities,” Horowitz explained.

Since its launch in 2009, Bitcoin, the most dominant cryptocurrency in the global market, has been described as the first killer application of the blockchain as it became the first widely accepted decentralized currency that is used as an alternative to fiat currencies like the US dollar.

Although the blockchain in its current form is slower and more inefficient than existing computing platforms, Horowitz stated that the potential of blockchain technology is truly endless because of its ability to eliminate trust between multiple parties.

“With crypto, it’s worse in most ways than the old computing platform in that it’s slow, it’s complex, it’s lacking a lot of features, but it has one feature that has never existed before and that is trust. Trust is super powerful. You don’t have to trust the government, Twitter, Facebook, or the other people on the network. You just have to trust math. That opens a very interesting world for developers because you can develop applications like money. Nobody has been able to program money before.”

‘Developers are flocking to crypto’

In July of last year, Aragon co-founder Luis Cuende, whose team raised more than $30 million in 90 seconds through a token sale, said that a new wave of developers are flocking to the cryptocurrency sector to learn the coding language of money.

“I don’t know any good Ethereum developer that isn’t a millionaire, and it’s only a matter of time before it will become a gold rush among developers to learn the technology.”

Since then, the Ethereum and the smart contracts market have seen the emergence of tens of thousands of active developers, along with an explosive growth in interest from universities and colleges.

Where is Crypto Heading?

Currently, the cryptocurrency and blockchain sector is in an experimental adoption phase, wherein merchants, large-scale conglomerates, and businesses are demonstrating an increase in interest towards the technology and conducting pilot tests to potentially commercialize the blockchain at a large-scale.

Various improvements are being made at the protocol level, as seen in the implementation of Lightning in Bitcoin and Sharding, Plasma in Ethereum, and proof-of-stake (PoS) blockchain systems have started to emerge as alternatives to proof-of-work (PoW) blockchain networks.

The continuous increase in the level of developer activity in the cryptocurrency sector will lead to growing adoption and integration, especially as regulatory frameworks around crypto are solidified and standardized in the months to come across major regions.