Three years after saying he “wouldn’t touch that stuff,” Carl Icahn considers entering the market “in a big way." 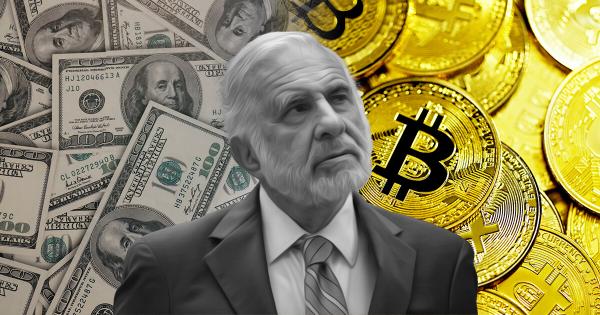 Billionaire investor and founder of Icahn Enterprises L.P., Carl Icahn, said in a Bloomberg interview that he is considering putting up to $1.5 billion into various cryptocurrencies.

Icahn Enterprises L.P. is a US conglomerate with investments in various industries including energy, automotive, food packaging, metals, real estate, and home fashion.

‘Looking at the whole business’

Three years ago in a CNBC interview, Icahn called crypto “ridiculous” but after studying Bitcoin (BTC), Ethereum (ETH), and the crypto market as a whole, he changed his mind and is considering entering the market “in a big way.”

Billionaire investor Carl Icahn says he wants to get involved in crypto in a "relatively big way" pic.twitter.com/c9HLRLMFuy

Even though he hasn’t bought any cryptocurrency yet, Icahn is doing his due diligence studying the entire crypto sector in order to determine where the opportunities are.

“I’m looking at the whole business, and how I might get involved in it.”, said Icahn about his crypto investment plans in the interview, while calling the common criticism around cryptocurrency missing intrinsic value “little wrong-headed”.

Stating that the dollar was the problem, he explained the rise in popularity of alternative currencies as the ‘natural manifestation of inflation’ in the economy.

“Well, what’s the value of a dollar? The only value of the dollar is because you can use it to pay taxes,” he said.

According to Icahn, alternative currencies are receiving attention due to the “ridiculous prices” that certain stocks in the equities market were being traded for, referring to these as meme-stocks.

“I don’t think Reddit and Robinhood and those guys are necessarily bad, I think they do serve a purpose,” Icahn said. “Money is funneling back into companies. Some of these companies might be OK, but for a number of them, the risk-reward is absurd.”

FOMO in the big league

According to Forbes magazine, Icahn had a net worth of $16.7 billion in 2020. Back in 2016, Donald Trump appointed him as a special advisor on regulation, wanting the activist investor to help him in an “individual capacity” rather than as a federal employee.

In his CNBC interview three years ago Icahn said he “wouldn’t touch” crypto because of regulatory concerns. The biggest question is what exactly caused him to change his mind and reconsider becoming the next billionaire investor to step into the market?