Lebanon Locals are turning to Bitcoin, Tether amidst an economic crisis

As Lebanon's economy struggles and people lose trust in banks, they are relying on Bitcoin and Tether to store funds and make payments. 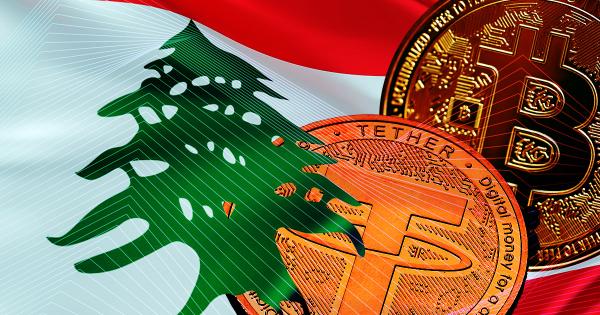 The unsustainable financial system in Lebanon has brought some Lebanese to crypto. Locals are mining Bitcoin or storing wealth with cryptocurrency and completing some payments with Tether.

In 2019, Lebanon fell into a financial crisis after years of expensive wars and poor spending decisions. A CNBC ground report outlined the issue and appears to have spurred Michael Syalor, CEO of MicroStrategy to comment on the issue.

A World Bank report released on June 1, 2021, warned that Lebanon would suffer one of most severe economic crises since the mid-19th century unless its “bankrupt economic system benefited a few for so long” was reformed.

Consequently, in August 2021, the Lebanon Central Bank ended fuel subsidies, announcing that it would offer credit lines for fuel imports based on market prices for the Lebanese pound. After that, fuel prices soared, causing an economic crisis in the country.

Furthermore, several depositors were locked out of their bank accounts overnight in September 2022, preventing them from accessing their savings. In response, some of them stormed several branches, holding employees hostage and forcing them to withdraw their savings.

Several Lebanese locals consider cryptocurrencies a “lifeline for survival,” according to CNBC.

#Bitcoin is hope for #Lebanon, where the currency has lost 96% of its value vs USD and the banks have failed.https://t.co/DkKrC4zgGY

Let’s have a look at how people have incorporated digital assets into their life:

Mining cryptocurrency requires expensive equipment, some technical expertise, and a lot of electricity. At scale, miners are compelled to migrate to the world’s cheapest power sources since they compete in a low-margin industry. Southern Lebanon offers cheap electricity enabling miners to make more money.

Locals like Abu Daher and Salah Al Zaatare, bought mining equipment at fire sale prices from Chinese miners and built their farms. Additionally, they hosted rigs for people across Lebanon who lacked the technical expertise and access to electricity, a crucial resource in a country plagued by power outages.

However, the local authorities inspected them closely. In January last year, police raided and dismantled a crypto mining farm in Jezzine, a hydro-powered town. In the eyes of the authorities, “energy-intensive crypto mining” was depleting the country’s resources and draining electricity.

According to reports, some people are earning money using digital assets like Bitcoin and are trading the cryptocurrency tether for U.S. dollars through Telegram groups. Abu Daher, a local told CNBC,

“We started by selling and buying USDT because the amount of demand on USDT is very high.”

Despite Lebanese law prohibiting crypto payments, businesses are actively advertising on Instagram and other social media platforms that they accept crypto.

People across the country are afraid of putting their money in banks or keeping it in cash at home because of the risk of theft, according to CNBC.

Among the Middle East and North African countries, Lebanon ranks second only to Turkey in terms of the volume of cryptocurrency received, according to new blockchain data from Chainalysis.