KodakCoin: A Lesson in Resuscitating a Dying Business

You would think that the ‘Long Island Blockchain Corp’ news that broke at the end of 2017 would have been a sobering moment. 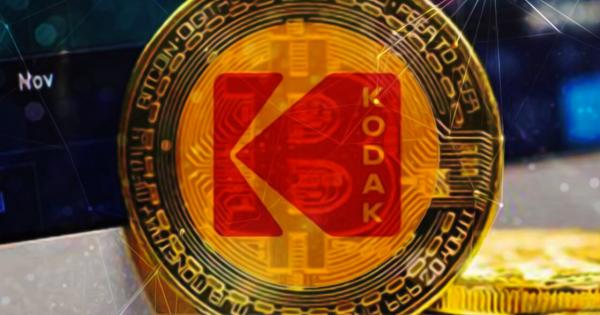 You would think that the ‘Long Island Blockchain Corp’ news that broke at the end of 2017 would have been a sobering moment. If I had to write a list titled Signs We’re In A Bubble, “watching a company triple in value for adding a buzzword to its name” would rank first (and second, and probably third) on that list. This isn’t the first time it’s happened, either. Only a month before, On-Line Plc, a British company, witnessed a growth of almost 400% by renaming itself to “On-Line Blockchain Plc”. And until the fad loses momentum, it won’t be the last.

You may remember Kodak for refusing to adopt the digital camera, and paying dearly for its mistake. Since bankruptcy, the company has shifted its focus, catering to niche markets in film and printing, as well as mining the wealth of patents accumulated through its lifetime. From titan of industry to sharing its factory with a salsa distributor, it looks like the glory days of Kodak are truly over.

Or it did, until the magic of blockchain mania resurrected the brand. A few days ago, the company announced its plan to launch its own cryptocurrency for photographers, the KodakCoin. The token, according to their website, would power the KodakOne platform, designed to protect the intellectual property of photos it stores. Of course, this announcement resulted in the value of Kodak shares doubling.

As opportunistic as the change in strategy may seem, using a digital ledger to ensure proof of ownership is, on the surface, one of the more sensible uses of blockchain technology. It’s long been posited that such an application could sidestep the need for a centralised custodian, allowing creators to demonstrate that content is their own. This can be as simple as embedding a hash of a file into a blockchain (think https://poex.io/) or even allow independent musicians to earn revenue for their songs as they’re listened to/used.

The question that looms, however, is one most people ask when they hear of a new venture in cryptocurrency: does the project need a blockchain? The answer, in this case, is probably not. This photographer on Reddit points to the current state of licensing photos, making reference to stock photography sites (the likes of Shutterstock, iStock, Getty Images, etc.) and the federal law that enshrines copyright.

They go on to highlight that one of the services that the platform endeavours to provide, web crawling, already exists in the form of Reverse Google Image Search. You’d forgive someone for thinking that Kodak have really just Frankensteined already existing ideas together and added a token to raise funds without having to dole out equity.

To make matters worse, the website announces that its ICO at the end of January will be SEC compliant. This excellent article by Matt Levine on Bloomberg clarifies what this means: the SEC have been wrestling with the status of tokens for some time now, and have settled on the conclusion that, in most cases, they amount to securities (and thus must be registered with the SEC).

Kodak went the route of limiting their sales to accredited investors via exemption, which, while excluding the need for registration, means that the tokens can only be sold to persons having earned over $200,000 in each of the past two years, or having a net worth of at least $1,000,000.

Safe to say, your average Instagram photographer won’t be buying into the ICO. In theory, accredited investors can trade their KodakCoin with photographers for their work, but the latter will not easily be permitted to sell these for cash. Until the process of token-to-fiat is streamlined, the platform may have a hard time attracting users.

The KodakCoin wasn’t the only brilliant blockchain innovation to come out of the company. Enter the Kodak KashMiner (yep, that’s the official name). Unveiled at CES 2018, this is Kodak’s attempt at cashing in on Bitcoin mining. For all intents and purposes, what they’re offering is a cloud mining subscription.

These are controversial in the Bitcoin community, at best being touted as a waste of money, and at worst being derided as Ponzi schemes.

For $3400, the company allow a customer to ‘rent’ mining hardware on a two-year contract, and estimate returns of roughly $9000 – oh, and the company take half of the Bitcoin collected. Couple that with the increasing difficulty of mining, and you’ll probably realise you’re better off buying Bitcoin upfront.

I’m a believer in blockchain technology. I think it does what it does well – decentralising a network and incentivising users to maintain its integrity. It has use cases, but I have my doubts that this is one such scenario. I wrote an article on Kik’s Kin token awhile ago, and draw a similar conclusion here – companies appear to be jumping on the ICO bandwagon with no real need to, beyond attempting to drum up interest.

Nevertheless, it looks like Kodak’s realised what the market wants to hear. Whether their initiatives pan out remains to be seen. Perhaps the company will rise from the ashes to reclaim its throne. Personally, though? I think the Kodak moment has passed.