Developers of Kin, the altcoin that facilitates transactions within the Kik ecosystem, are planning a fork from Stellar to steer clear of potential issues of scalability and high transaction fees. 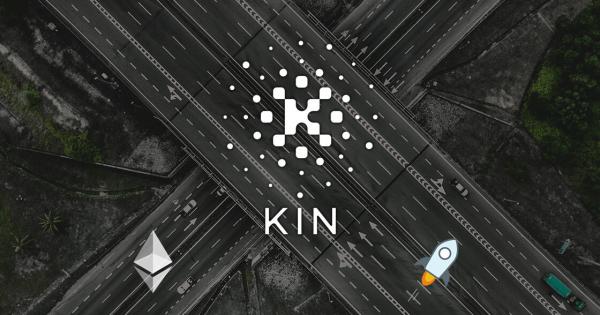 Developers of Kin, the altcoin that facilitates transactions within the Kik ecosystem, are planning a fork from Stellar to steer clear of potential issues of scalability and high transaction fees.

Kin was originally developed as an ERC20 token, but as time progressed, developers soon realized the limitations of the Ethereum blockchain in relation to its scalability and transaction speeds.

In a statement made by Ted Livingston, Founder and CEO of Kik, he made it abundantly clear that “Kin needs to be scaled now”.

Livingston went on to add:

“Most crypto projects to date have been technology-driven first and product-driven second. Kin has always been the opposite. After working heads down alongside the best minds in the industry, we came to the conclusion that a hybrid solution of Ethereum and our own fork of Stellar would benefit the Kin Ecosystem both short and long-term.”

Kin was conceived as a medium for facilitating customer buying and spending within the Kik platform. The parent organization overseeing the development of these tokens, The Kin Foundation, announced on Tuesday that it will fork Stellar to create its own unique blockchain.

This new blockchain will be free from any kind of transaction charges and will be operated via permissioned nodes.

Kik is a widely used smartphone messaging service that boasts of having over 300 million active users. When using Kik, customers can earn Kin tokens for making contributions to the native community which can then be spent in exchange for goods and services within the platform ecosystem.

For example, the tokens can be exchanged for additional paid content, services and can even be used to compensate developers and content creators for their offerings.

Also worth noting is that Kin succeeds a former currency, Kik Points, was launched in 2015 and was used within the popular messenger service for facilitating all internal transactions.

What will the fork achieve?

Currently, Kin adheres to the ERC20 token standard which seems to be the cause of some concern for the developers of these tokens. They are now re-considering the future of Kin in light of the Ethereum’s current scalability issues.

While the developers of Kin had earlier planned to transition exclusively to the Stellar network, this approach was later refined and now the team has envisioned a two-chain system in which the Kin token would operate in parallel on both, the Stellar and Ethereum networks.

However, Stellar is not free of its own problems and as per Nethanel Lev, the currency continues to face its own share of “business scalability” issues.

Kin is set to offer users with “bi-directional blockchain support” which means that consumer-facing applications will make use of the company’s proprietary Kin network instead of the one deployed by Stellar.

In the words of Livingston:

“Our goal is for Kin to be the most used cryptocurrency in the world, and this will help get us there sooner.”

The end-goal for the company is to completely eliminate transaction fees on the Kin network and thus make microtransactions more streamlined and hassle-free for customers.