Crypto miners in Kazakhstan will have no energy supply until the end of January. 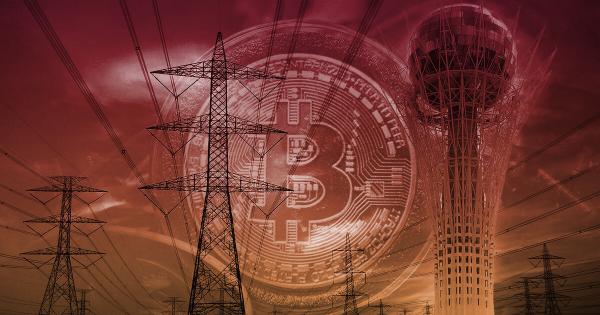 Crypto miners in Kazakhstan are facing a major drawback, as reports have revealed that authorities in the country have cut off the power supply of miners owing to the growing crisis in the country.

According to a Bloomberg report, crypto miners were blocked from the national grid on January 24th and it will continue till the end of this month.

A memo from KEGOC, the national grid operator dated January 21st confirmed that “the planned supply of electricity to persons engaged in digital mining is completely canceled” starting from January 24th until January 31st. This memo corroborates available information from the Bloomberg report.

The latest power crisis is not affecting the central Asian nations. However, neighboring countries like Uzbekistan and Kyrgyzstan have also had to deal with bouts of blackouts.

Kazakhstan became a choice location for crypto miners after China sent them packing citing environmental concerns. This led to an influx of new miners into the country looking to tap into the energy-rich country.

Furthermore, recent happenings in the country have revealed that crypto mining is affecting the country’s power infrastructure which has forced the government to take these actions.

Just recently, citizens of the country were involved in a protest which resulted in drastic measures like curfew and other stringent methods to curb its spread.

While several reports by pro-crypto groups have revealed that crypto mining activities use renewable energy sources to mine Bitcoin and other digital assets, governments around the world have become increasingly agitated at the level of energy consumption and environmental concerns of mining.

Crypto mining requires the use of special computers which are dependent on a huge supply of electricity to mint new tokens. Digital assets like Bitcoin and Ethereum use this process to mine new coins for their ecosystem.

Last year, China citing the need to better protect the environment banned all crypto-related activities within its country. This action pushed many of these miners to new locations in North America, Russia, and Kazakhstan.

But recently, authorities in Russia, the United States, and other countries have begun to take drastic measures to protect their energy grid.