JPMorgan is the first bank in the Metaverse 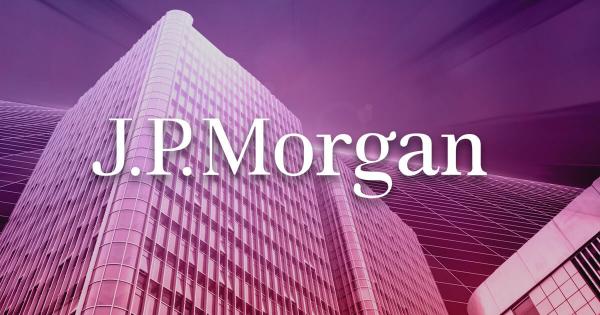 As several traditional institutions continue to pivot into the metaverse, one of the leading financial institutions in the world, JPMorgan, has taken a massive first step into becoming the first bank in the highly heralded virtual world.

According to available information, the bank opened a virtual lounge in the popular blockchain-based world Decentraland.

The lounge is named “onyx lounge,” a term derived from the bank’s in-house blockchain payments system, and it is situated in Decentraland’s Metajuku mall.

Visitors to the lounge would find a roaming tiger and a digital portrait of the bank’s chief executive officer, Jamie Dimon. Further exploration of the lounge would allow the visitors to view a presentation on the digital assets industry.

During the unveiling of the lounge, the bank also released a report that provided comprehensive details about the types of opportunities that can be found in the Metaverse.

Per the report, every human sector is likely going to feel the effect of the metaverse as the space can be expected to provide over $1 trillion in yearly revenues. Already, around $54 billion is spent yearly on virtual goods.

“(The) democratic ownership economy coupled with the possibility of interoperability, could unlock immense economic opportunities, whereby digital goods and services are no longer captive to a singular gaming platform or brand.”

JPMorgan continued that an average piece of virtual land on virtual worlds like Decentraland and The Sandbox rose from an average of $6000 to $12000 between June and December last year.

Notably, it was around this period that Facebook revealed that it was rebranding to Meta in its efforts to focus more on the Metaverse. This move played a part in the increased level of interest amongst traditional institutions in the space.

JPMorgan’s report conceded that mainstream adoption of the metaverse was going to be fueled by the spate of institutional adoption we have been witnessing. Apart from Meta’s move, Adidas, Nike, and Samsung have made encouraging forays into the industry.

Despite all of the positives the bank was able to spot in the metaverse, it highlighted that key areas like technology, commercial infrastructure, privacy and identity, the workforce of the future, and regulation, tax, accounting, and social infrastructure need to be further developed.

Currently, the metaverse is still plagued with poor user experience, poor avatar performance and there are salient issues like regulations and taxations still to deal with as the industry becomes more mainstream.