At the Mobile World Congress in Barcelona, the CEO of Japanese electronic Rakuten, Hiroshi Mikitani, announced that his company is planning a new cryptocurrency based on their existing customer rewards points. 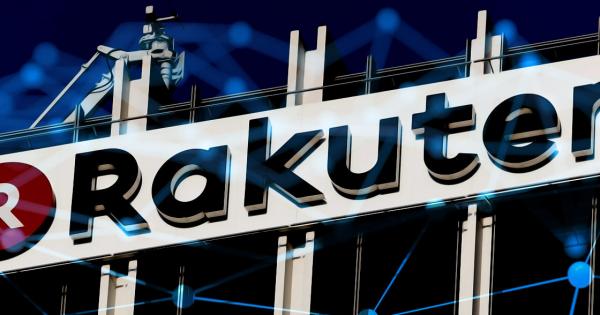 At the Mobile World Congress in Barcelona, the CEO of Japanese electronic Rakuten, Hiroshi Mikitani, announced that his company is planning a new cryptocurrency based on their existing customer rewards points.

When Rakuten purchased Bitnet in 2016, they clearly had eyes on developing blockchain tech and apps. Rakuten Coin is the fruition of their work in this field, and Mikitani lauds it as a “borderless currency.”

This new crypto will utilize Rakuten Super Points and blockchain technology in order to promote loyalty services and to allow customers to purchase things on different Rakuten platforms.

Mikitani has yet to release a date for when Rakuten Coin will release, so investors would be keen to keep an eye out.

The crypto market is still more or less unregulated, and most players are still figuring out their trading game-plans. Across the board, investors are excited about the possibilities for decentralized markets and seemingly limitless value increases.

Cryptocurrencies are being used internationally in a variety of ways, notably for currency speculation and payment. Rakuten is a leader in integrating cryptocurrency with e-commerce. The company reported nearly $9 billion worth of revenue last year and boasted billions of users globally.

Mikitani summed up the goal of the Rakuten crypto in the following statement:

“Basically, our concept is to recreate the network of retailers and merchants. We do not want to disconnect [them from their customers] but function as a catalyst. That is our philosophy, how to empower society not just provide more convenience.”

From Retail to Crypto

The inclusion of cryptos signifies a major change in how online purchases might work. However, Rakuten is not the only e-commerce giant with sights on using cryptos as payment and traffic drivers. Speculation has been building that Amazon could be making big moves.

Earlier this year, Amazon has purchased crypto-specific domains that lead us to believe they considering cryptocurrencies as a natural evolution of their retail presence.

Although Amazon is a major competitor in e-commerce, Mikitani is careful to stress that Rakuten has a different philosophy — he says that Rakuten is built around the idea of creating a connected network of retailers, and allowing them to interact with customers through a unified platform.

Rakuten hopes to offer decreased rate fees as one benefit of using their services. They hope that lower fees will increase interest and traffic to their market.

Rakuten has reason to believe that people are already excited about these ideas — with more than 40,000 merchants successfully selling on Rakuten in Japan alone, Rakuten Coin could potentially be a big hit.

Another plan is to dovetail Rakuten Coin with their loyalty rewards program. If they offer blockchain as a reward, it stands to reason that consumers will be more likely to use their services in order to get a chance at striking it big.

As it stands, Rakuten Super Points have been awarded to the tune of $9.1 billion dollars over a 15-year legacy. Rakuten coin will be just another tool for cashing in on those reward points, and for accruing more.

Rakuten points are collected every time you buy something through one of Rakuten’s platforms. Rakuten even uses an MVNO (mobile virtual network operator) service and is rolling out a new mobile carrier to create even more avenues for earning loyalty points.

Cryptos are just the Beginning

In addition to announcing Rakuten Coin in Barcelona, Mikitani talked about a handful of other initiatives.

For instance, Rakuten plans to become Japan’s next mobile operator and is looking to grow Viber, a cross-platform VoIP protocol. Viber has a billion users, making it one of the most popular messaging app globally.

These announcements make Rakuten an exciting and surprising new company to watch in crypto.