An exclusive look into the world of DeFi Insurance from the founders of the biggest projects in the space. They reveal their thinking around the UST de-peg and why they are already paying out 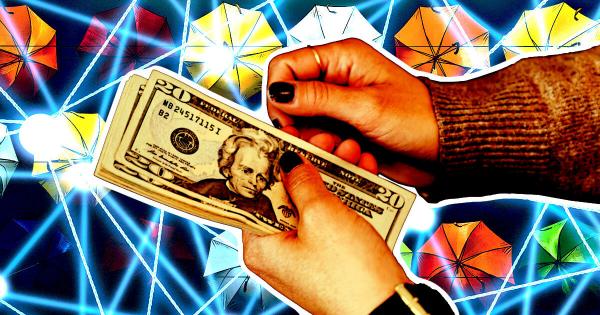 The Twitter spaces event lasted around an hour and is available in full via the tweet below.

The space was moderated by Rupert Barksfield, Project Lead for Amulet Protocol. The conversation began with a discussion about the UST de-pegging event and whether it was avoidable. Hugh Karp, the founder of Nexus Mutual, began,

Supporting this argument, Robert Forster, CTO of Ease, continued, “I think the team could have easily capped their funds and not gone all in. Essentially, every defi protocol should focus on growing slowly… we need more time to figure things out.” Forster’s thinking suggests that Terra grew too much too fast, and there was a failure of leadership not to cap that growth.

To solve scaling issues, it is possible to artificially hold back growth to allow a proper assessment of all aspects of a project. Terra did not do this, and Forster seemingly believes this was their major mistake.

Kiril Ivanov, the co-founder of Bright Union, then commented on the silver lining of the event, notably, “DeFi insurance worked out… that’s great because it worked out at scale.” Several DeFi insurance protocols have already begun processing payouts for users who held de-peg insurance policies.

InsurAce was represented by CMO Dan Thomson, who added, “it just became more and more likely until it was unavoidable.”

The risks of algorithmic stablecoins

Rupert brought the conversation over to Karp from Nexus Mutual, who did not offer a product to protect against the de-peg of UST.

“Yeah, we specifically looked at all the algo stables a while back, about a year ago, and specifically decided not to cover any of them. We just thought the risk was too high.

So, you know, that’s, I guess, looking like a good decision now… I’m not saying that we had a crystal ball or anything, we definitely didn’t. We deliberately chose not to cover it because we thought the risk was too high at the moment.”

Forster also added that broader issues were happening simultaneously as the UST event that has gotten lost amid other news.

“the past week is at least three other hacks on bliss finance, mushroom finance, Venus protocol. It seems there was a lot of correlated risk within the system that one coin falling in that regard could have had a sort of domino effect.

Luckily none of us were really exposed to that but it worries me in terms of how safe, how diverse, how much we can actually guess at the risk in something as widely used as stablecoins.”

Forster continues to comment that the event has made him more passionate about adding additional stablecoin offers to his customers and “made me want to figure out more ways to help with the problem.” Barksfield then continued,

“The fallout in my eyes will be there’s going to be a huge chunk taken from folks like on Unslashed and InsurAce and that’s going to really impact on their stake and it’s going to impact staking for all other defi protocols as well.”

“Speaking of comparing to traditional insurance, what we are having here is that it’s insane. The risk that capital providers bear in this is really, really high. And what happens to savers in InsurAce typically must have been covered by reinsurance capital, which I think pretty much no one has at the moment.

So capital is the issue and the risk is the issue. That is exactly why we launched our bright risk index, the capital pool, single pool, which puts capital in multiple guys here. Basically, the money is spread over to get the maximum diversity, and well, a reasonable return.

We tend to say how cool defi is because it has, this Lego nature like every everything is connectable to everything. And you can exactly see the drawback of that concept, right? And it only happens to use UST but can you imagine just just for a bit, what would happen if let’s say DAI loses its back right? DAI which is the backbone of hundreds and hundreds of protocols out there.

The smallest scale is the cross-chain breach, for instance, which also holds hundreds of hundreds of assets. How big would the domino effect be? So we are offering the diversity to risk bearing but still a long, long way ahead.”

The conversation then moved on to the need for an independent body to help regulate and assess risk within the DeFi insurance sector. Thomson from InsurAce started the conversation,

“Having a trusted, independent body that we could really go to for this kind of stuff would be helpful. There are two sides to this coin, you’ve got the policyholders who are claiming, who obviously want to get paid out. So obviously, their information bias is that this is a full sort of qualifiable de-peg event.

Then on the other hand, you’ve got stakers who might be at risk for some of their capital, which they might not be happy about. And some of our stakers aren’t happy about the fact that they’re having to pay out for this. And so some of the information bias comes is that it isn’t a de-peg official event but that it is market manipulation or some other kind of input that might invalidate the entire system.

There’s also the concern of if there are compensation plans, for example, for some of the smaller holders, as you know, or a direct fork of the entire original Terra blockchain in whichever form. These are all sorts of repayments for some, possibly some of our policyholders who may then be essentially getting a double payback.

So is that then something that we should be delaying and waiting for, which does, in a sense, kind of give us more time to figure things out, but it also holds up savings funds for longer.”

The conversation moves on to discuss regulation within the DeFi insurance space with debate amongst the group on how far this should go. Some advocated for an impartial board to rate protocols and projects to establish fair pricing. In contrast, others believe that risk management is a part of the competitive aspect of their industry.

Some protocols, namely Ease, do not offer collateral-backed underwriting but instead share risk among users, adding a layer to this conversation. Dan from InsurAce also suggested creating a bug bounty program to spot fraudulent claims for policy redemptions. His theory being community regulation through post-mortems of particular events within a bug bounty system could replace the need for an independent central body.

The roundtable conversation came to a close with some comments on how to improve DeFi and the direct effects of the biggest de-peg event in history. Thomson stated,

At the same time this is the first major Depeg event that is causing any sort of payout, we’re all going to learn from this.”

He also highlights an overlooked element of this event: “there are other sides to it, you’ve got the stakers, who are passionate as well, and they will be slightly overlooked.” Ivanov continued to state that “I think we are in one of the best shapes… it really proves that what we are offering is  needed because the risks are unknown, people need to buy cover.”

Forster reiterated that protocols should attempt to grow slowly, saying, “There’s no reason for us to want a billion dollars in TVL… it may take time for people to get used to the idea that it’s truly risk sharing rather than insurance.” Thomson then closed out the conversation by stating that he hopes all the protocols can “live through this market.”