Litecoin is a persistent frontrunner in the payment cryptocurrency race. With technological limitations, many Bitcoin (BTC) investors have shifted to Litecoin (LTC)—an open-source fork of Nakamoto’s original cryptocurrency with founder Charlie Lee. 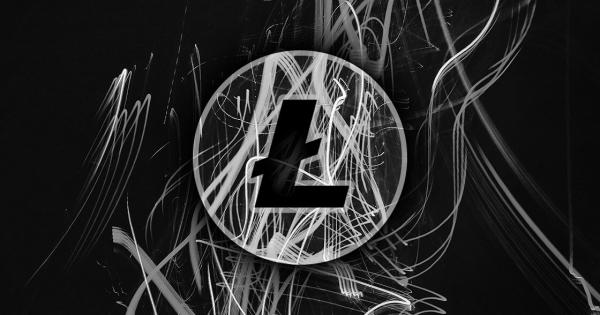 Photo by hao wang on Unsplash

Litecoin is a persistent frontrunner in the payment cryptocurrency race. With technological limitations, many Bitcoin (BTC) investors have shifted to Litecoin (LTC)—an open-source fork of Nakamoto’s original cryptocurrency with founder Charlie Lee.

As a faster, cheaper version of Bitcoin, Litecoin is nearly technically identical to BTC, but with distinctive fundamental differences.

Litecoin strives to rival Bitcoin as a store of value while maintaining utility for everyday transactions. Litecoin reached a top-5 status with a loyal community, leading trade volumes and liquidity.

Litecoin emerged as a “lite” alternative to the Bitcoin— whose transaction longevity is approaching 10 years.

Before Litecoin in the early 2010s, Bitcoin existed with its slow, costly transactions. The value of a truly decentralized peer-to-peer currency was a prospect to technological revolutionaries aware that Bitcoin’s mechanics wouldn’t serve in the long-run.

Lee then set out once more to create an altcoin capable of usurping Bitcoin. To tackle this, Litecoin came from a 2011 fork of the original Bitcoin protocol (foregoing an ICO) with subtle but crucial modifications. Slashing block creation time to 2.5 minutes and pumping supply to 84 million (quadruple Bitcoin’s 21 million), Litecoin combined speed and security.

Introduced as “silver to Bitcoin’s gold”, Litecoin didn’t intend to annex Bitcoin. Complementing rather than rivaling Bitcoin, LTC has flourished over its smaller competitors.

In Lee’s eyes, Bitcoin functioned as gold— ideal for substantial transactions and a long-term store of value—while Litecoin is for facilitating smaller, cheaper, everyday transactions.

“My vision is people would use Litecoin every day to buy things. It would just be the payment method of choice.”

After almost a decade of development, this vision neared fruition with the February 2018 announcement of LitePay — permitting users to spend LTC as they would a debit or credit card. Scheduled for a February 26 launch, Litecoin was ready to enter the market and soared around 40% of the very first Point of Sale cryptocurrency.

Still, as most cryptocurrency investors are aware, execution is what carries weight. LitePay closed-up shop on launch day and cited “hostile actions by card issuers” and quarrels with the Litecoin Foundation over funding—both of which were enough to derail the project.

Like everyone else, we got too excited about something that was too good to be true and we optimistically overlooked many of the warning signs. I am sorry for having hyped up this company and vow to do better due diligence in the future. https://t.co/khIjeHnyZ1

In spite of this failure, Litecoin is one of the most widely used cryptocurrencies for a number of e-commerce vendors (namely eGifter) and blockchain-based video games.

Litecoin is but a few lines of code away from Bitcoin, the ecosystem employs PoW-based mining and encryption to achieve secure, peer-to-peer decentralization.

As per Bitcoin, a limited supply makes Litecoin’s 84 million units non-inflationary; in-line with Lee’s vision of the coin as digital silver. LTC coins are also fractionally exchangeable, a feature of a high-value asset.

On the mining front, Litecoin is a profitable endeavor, rewarding miners with 25 LTC per block (roughly $3500 at the coin’s current price). Rewards are halved every 840,000 blocks, about once every four years.

While the process is similar to Bitcoin, Litecoin’s Scrypt algorithm is simpler than Bitcoin’s SHA-256.

Stemming from the algorithm of his previous effort, Tenebrix, Lee claimed that mining Litecoin could be done via a PC’s CPU — but failed after Litecoin miners segued into using GPUs, until the introduction of ASIC miners.

No technical explanation of Litecoin can avoid mentioning Bitcoin, the inspiration for LTC mechanics.

Both: have a rustic Proof of Work consensus, a difficulty retarget bullseye painted on every 2016th block, stood by hard forks (Bitcoin Cash and Litecoin Cash) and offered an initial block confirmation reward of 50 units.

The two are almost architecturally identical, except for fundamental differences which make Litecoin faster, cheaper and more efficient.

Litecoin’s 2.5-minute block processing time allows faster transaction confirmations, permitting copious transactions to be processed simultaneously. However, one disadvantage is that Litecoin’s blockchain must be significantly larger than Bitcoin’s.

Scrypt demands vast quantities of working memory, which once hindered the efforts of ASIC manufacturers. However, in late 2017 new ASIC rigs were available to Litecoin miners.

An ex-Googler and former Director of Engineering at Coinbase, Lee is one of the Cryptosphere’s most influential figures. He is revered with cult-like admiration by hundreds of thousands who enjoy his tongue-in-cheek soliloquies and wry analyses of rival coins on Twitter.

Lee’s emotive statements continue to be met with anguish — in spite of liquidating all his LTC holdings in an attempt to thwart the torrent of accusations.

Lee heads the 14-strong development team, all with technical achievements available for access on GitHub. While most members reveal their true identities on the site, some members have pseudonyms, such as fancycedar  (Fan Yang) or thrasher (Adrian Gallagher).

Where to Buy Litecoin

As a top-10 coin, LTC is traded primarily on Coinbase, OKEx, Huobi, Bitfinex, Bit-Z and Binance, in order of volume.

Like Bitcoin, however, Litecoin has a grim persistence. Even with competitors such as IOTA, Litecoin’s market exposure has earned the coin a prolific user base, inordinate trade utility, and steadfast community.

A successful implementation of the payment system will align Litecoin with its competitors as holders spend and store as they would fiat.