Blockchain technology is disrupting industries left and right, and one project stirring things up in the healthcare sector is Medicalchain. 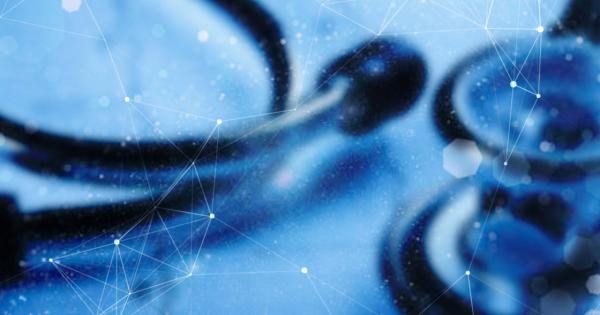 Blockchain technology is disrupting industries left and right, and one project stirring things up in the healthcare sector is Medicalchain. A solid team solving a real problem – storing health records and maintaining a single version of the truth.

Anyone who has ever set foot into a doctor’s office would agree the medical field has some flaws. Dealing with insurance can be a hassle. Sending medical records is a hassle. Getting prescriptions from pharmacies is a hassle. Explaining your health to every new doctor you meet is a hassle. Old magazines in waiting rooms are a hassle.

Medicalchain can’t do much about that last one, but the team could revolutionize the medical field with blockchain-based health record storage.

Currently, medical records are extremely centralized and arduous to move around. Getting crucial information about your health in front of a doctor shouldn’t be as difficult as it is. Medicalchain will allow insurers, doctors, and patients to access medical records with the ease, quickness, and security of blockchain.

Security might be the biggest draw. You might be stunned to know that on average, medical records sell for ten times the cost of credit card numbers on the black market. This is why hospitals are big targets for hackers. In 2017, the WannaCry hack took down 300,000 machines in 150 countries.

A dozen major hospitals ground to a halt. The confidential health information of 26 million people was swiped. It’s a real problem, and it’s why a blockchain-based project could be the solution.

It’s not just on the hospital end: the FBI estimates insurance fraud is a $40 million a year problem. Medicalchain is tackling the problem through a range of technical tools. Dual blockchains are being created: one to run smart contracts for the team’s ERC20 token, and one to convey patient medical info on the Hyperledger Fabric.

The Hyperledger Fabric is a permission-based blockchain, allowing doctors and pharmacists only to access certain information and not all. The team has partnered with another up-and-coming ICO, Civic to verify customer identity. There’s a huge target audience: everyone has medical records. 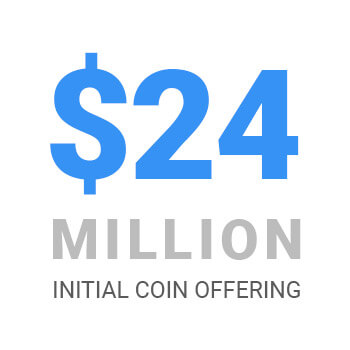 Medicalchain just kicked off their ICO on February 1st and hit their hard cap of $24 million USD almost immediately. Tokens were sold for a price of 1 MTN = $0.25 USD.

Unfortunately, users who took longer than 30 seconds didn’t get in on the ICO. Scammers on Telegram messaged users pretending to be Medicalchain support staff. Many grumpy Twitter users ironically compared the ICO process to the hassle of going into a hospital.

Medicalchain has compiled a team of experts. Founder Abdulla Albeyatti was a doctor frustrated by inefficiency and poor communication, who realized blockchain could be the solution.

Albeyatti’s work with the UK National Health Service helped Medicalchain start a partnership with the NHS.

The team has a range of doctors and medical experts, as well as IT staff and developers. However, it would be nice to see some direct blockchain experience. That may be an unfairly high standard to hold Medicalchain too, as blockchain is such a new space that very few developers have prior crypto work experience.

Medicalchain lists Hyperledger, Coinsilium, NHS, and Linux foundation among the other companies it works with.

Medicalchain listed NHS, for instance, but in practice only a few NHS hospitals are experimenting with their digital discharge system It’s still early days, so the number of collaborations will almost certainly grow as the technology advances

Medicalchain had a solid 2017, although big things are in the works for 2018. The company’s white paper lists the long-term plan.

2018 has already seen Medicalchain being added to still more hospitals, and the team will present to the European Parliament in March.

Doctor enrollment for the telemedicine program (more on this later) will close, and the team’s pilot program will launch in several countries. Early 2019 is when the team envisions a worldwide platform launch.

The telemedicine program is one of the most ambitious parts of Medicalchain. For a small fee, users can essentially Facetime a doctor  who has examined their medical records.

This could be hugely useful, but we do have some questions about how practical implementation of this will work. As well, it’s questionable how much time the doctor-on-demand will have spent reviewing your records.

Medicalchain plans to build an application development platform allowing third party developers to showcase their applications within the eco-system. According to their website,

“Health applications include assessment of medications, interactivity with wearable data, fat measurement, diet and nutritional advice. Such applications will connect to the Medicalchain platform directly. Patients will grant access to their health record to app(s) where they can be used in exchange for MedTokens.”

The first is legality; different countries have drastically different medical laws. It’s tough to see a global system unifying all of them. Medical privacy laws are strict, and for good reason, but that’s a huge obstacle to Medicalchain.

Blockchain use in medicine is a great idea. So great in fact, that a bunch of teams have jumped on it. Medicalchain will be going up against similar projects like MediBloc and MediShares as well.

Competition will likely determine the best product for end users, but Medicalchain will have to be watching its back.

Medicalchain is solving a problem — and that’s ultimately the point of cryptocurrency. Blockchain in medicine could overhaul a flawed system as we know it. For a project genuinely aiming to improve the world, keep a watchful eye on Medicalchain.

For more information on Medicalchain, watch this short explainer video (1:39):