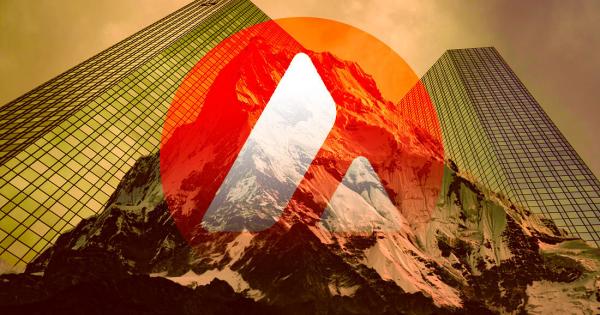 The report, which analyzes weekly flows into digital asset funds, revealed Avalanche as the second biggest performer in the week ending February 21, with inflows totaling $25 million.

According to the report, institutional investors poured $109 million into crypto investment products last week, despite recent price weakness attributed to several macro headwinds at play–including the increasing tensions in Eastern Europe, as well as White House preparing to issue an executive order calling US government agencies to formulate a national strategy for regulating the crypto market.

“While inflows were seen in both Europe and the Americas, it was predominantly the latter with inflows totaling $101 million,” noted CoinShares.

Bitcoin saw its highest inflows since December 2021–totaling $89 million last week. However, these volumes “remain tepid,” with the last five weeks of inflows totaling $221 million–accounting for 0.7% of total assets under management (AuM), the report noted.

Marketed as the fastest smart contracts platform in the blockchain industry, Avalanche surfaced as one of Ethereum’s main competitors amongst the rapidly growing Layer 1 networks.

Launched in 2020 by Ava Labs, Avalanche quickly gained traction in the DeFi space, and is currently home to 170 protocols–ranking as the fourth chain based on the total value locked (TVL) metric.

“As this inflow represented trading on one single day it is too early to tell if this represents broader appetite for the altcoin,” added CoinShares in the report, placing Avalanche’s last week’s high volumes in a broader context.

In the meantime, blockchain equities remained popular among institutional investors, with inflows totaling $26 million–across a broad array of investment products.