Ethereum mining is quite a lucrative business. 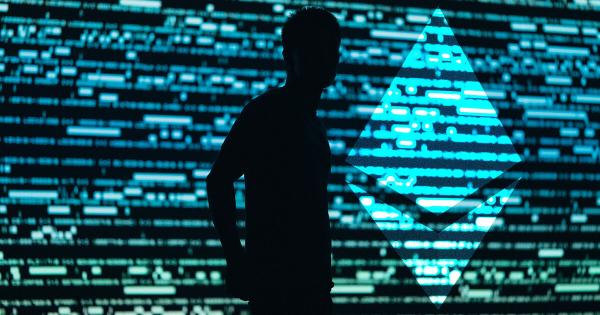 Global revenue for Ethereum miners broke a new monthly record, surpassing $1 billion dollars in February 2021. For the average Joe, starting up an ETH mine can be a costly process and just a straight-up logistical nightmare. Other mining projects have opened themselves up to outside investors before, but never through the magic and simplicity of DeFi.

Pylon Finance was founded in August 2020 by a pseudonymous person who is known online as the Grim Reaper. The project aims to establish what it describes as a GPU mining asset that is semi-correlated to the wider crypto market, something no DeFi project has ever done before.

Cryptoslate had the chance to speak with Mr. Reaper about Pylon and its backstory.

Q: Tell us why you decided to start Pylon?

I met a guy online who spiked my interest in Bitcoin and we would talk about the future of crypto. Once we got to know each other, and he taught me about the industry, I suggested we get into mining. And from there we ran a test run of 100 thousand dollars worth of miners.

We quickly learned that scaling proved to be difficult in many ways, such as hardware in bulk and unavailable parts. Back in the day when we needed to operate on an industrial scale, our needs as miners were rarely met in terms of hardware.

When we were just getting started, I flew out to Vegas to attend CES, my goal was to meet with every GPU manufacturer to work out any deal we could get. I reached Samsung, Asus, xfx and AMD. From there on out we scaled our operation. We asked one of our GPU providers to make us custom hardware, however, they were unmotivated because of the minimum order quantity.

When I created the Reaper miner I offered them exclusive access, I promised them that they would never need to sell what we do to them and never need to ship the machines. They accepted and a new relationship was born.

A couple of years go by and a friend of mine who works in advertising said to me: “We need to run it up on this DeFi stuff!”. We went over the different protocols and he asked me to fork it since I have developers on my marketing team. I proceeded with it, but ultimately failed. I was farming Yam, other protocols, receiving data, making mistakes, learning from those mistakes until I reached a point where I was ready to build Pylon.

Pylon’s goal was to incorporate a real-world tether system into the DeFi platforms that currently exist. Pylon is building hard asset GPU mines on real-life US soil that you can touch, see and own.

I chose to keep my identity anonymous for political dealings, relationships in place, and risk calculations that I cannot mention. It is not due to any reasons you may see in the space itself. It is mainly to protect the integrity of existing NDA’s. However, if you look hard enough you may be able to find us. We are the largest GPU miner in the United States. Our footprint is easy to track, assuming you know what to look for, and have the correct tools.

We are based in North Carolina. Why NC? Because here you can be a whale in a pond vs a fish in the sea. The sea can’t grow more than it is, but you can always expand the pond slowly.

What are the pros and cons of working in your jurisdiction?

Fortunately, there are no cons. As for pros, the size, and magnitude of our business yields.

What are some of Pylon’s notable achievements or milestones?

We are the very first and only GPU real-world tethered asset via crypto. In other words, anyone with a Metamask wallet can own a share of our mine in a few clicks.

What are the benefits of using the Pylon platform as opposed to other DeFi platforms?

We allow users to hedge high gas prices with mining as when gas goes up, mines earn more, while users are on the sidelines due to congestion, they can mine in the meantime. In addition, the Pylon token is truly an ownership percentage of the mine according to tokens staked in the vault. Users are exposed to hard brick and mortar assets, hardware, land, buildings, and electrical infrastructure that is worth hard dollars.

What can you tell us about the Pylon product roadmap? What upcoming features are you most excited about rolling out?

We are looking to open up a suite of yield farming tools that give our users immediate benefit while slowly seeding mine expansion. So the user does not lock liquidity or forego potential opportunity ROI from other protocols that can be farmed.

What are the biggest challenges of building a DeFi protocol?

The biggest challenge of building a DeFi protocol is that there aren’t ever enough developers. The developers we are lucky enough to have as part of our team can’t build fast enough to keep up with demand.

The blockchain developments that we’re most excited about here at Pylon, are all the permissionless ones built on ETH in the top 100.

Do you have any blockchain and/or crypto predictions for 2021 and beyond?

I am pretty bad at speculating on this kind of stuff. But I’ll say ETH hitting $10k this year, for the memes of course.

What are the biggest obstacles to mainstream adoption of crypto?

Onramps, ease of entry. It has not been packed up simple enough yet. Companies like Coinbase are taking the lead in making it simple. If we want the industry to reach mainstream adoption, it needs to start making things normie-friendly. Allowing users with zero knowledge to get from 0-to-100 without having all the in-between.

Think about how many steps it takes – you’d need to start off by creating a Metamask wallet, memorize your seed phrase, sign approvals, pay exorbitant gas fees, navigate Uniswap, understand slippage, avoid rug pulls by spending time on deep research, etc. Once these layers are simplified and/or minimized, there’s no doubt in my mind we’ll see mainstream adoption.

To be honest, I don’t have one. I do my best to see things for what they are, and then figure out where I can benefit from that position.