Inflation-linked stablecoin from Frax Finance is a big deal, here’s why

Frax Finance brings innovation with a CPI-linked stablecoin designed to protect purchasing power. But can it work effectively in practice? 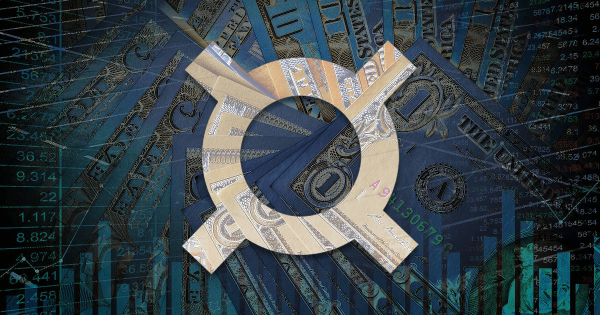 FPI is unique in that it’s the first stablecoin to track the U.S Consumer Price Index (CPI). Using oracle data from Chainlink, each month will see a “dollar-denominated value” adjustment in line with the movement of inflation.

The latest U.S. CPI data showed that inflation has increased to 8.5% in March versus 7.3% in February – the highest in 40 years. The increase from February was the fastest monthly jump since September 2005, keeping pressure on the Fed to step up with quantitative tightening measures.

Details of FPI first broke in January 2022, when the Frax team announced a new algorithmic stablecoin designed to be inflation-resistant.

Algorithmic stablecoins differ from fiat-backed, crypto-backed, and commodity-backed stablecoins. They maintain price stability using algorithms and smart contracts to manage the supply of tokens in circulation.

Following a local bottom, of close to 0%, in early 2020, U.S. inflation has continued on a sharp upward trajectory hitting 8.5% in March.

Given the noticeable increase in the cost of living, the need for an inflation-linked stablecoin has grown substantially in recent times.

Frax offers some reprieve but not the answer

Under current circumstances, FPI users would benefit from utilizing a stable asset that matches inflation, thus protecting purchasing power. For example, if inflation held at 8.5% until April 2023, the token would be valued at $1.085.

However, it’s known that the world’s governments calculate CPI based on a changeable basket of goods. As such, the CPI figure of today has been manipulated to understate the actual inflation figure.

Therefore a CPI tracked stable asset may not be enough to keep up with the actual problem of lower purchasing power. There’s also the issue of whether Frax Finance can sustain a protocol that demands 8.5% APY returns.

“The treasury has to pay out 8.5% APY to holders at current inflation levels, and its not quite clear how sustainable this is.”

Frax Finance founder Sam Kazemian said his mission is to:

“Solve real macroeconomic problems through the use of blockchain-based crypto assets.”

While FPI is a step in the right direction, it remains to be seen whether it can work in practice.