Head of Marketing for Immutable Studios spoke to CryptoSlate to talk about Guild of Guardians and Immutable's vision for web3 games. 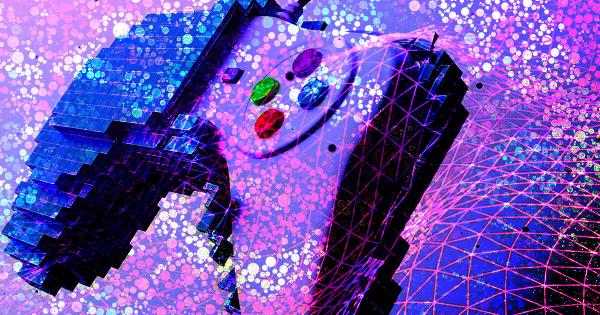 Following the emerging trend within web3 gaming, Guild of Guardians looks to promote the concept of “play-and-earn” instead of play-to-earn. The game, from the team behind Gods Unchained, Immutable Studios, focuses on digital asset ownership as a byproduct of engaging game design and replayability.

CryptoSlate spoke with Sangita Sarkar, Head of Marketing for Guild of Guardians, about the upcoming release of Guild of Guardians and the future of web3 gaming. Sarkar is a rockstar in the mobile gaming space, where she has worked on AAA titles such as Words With Friends, Harry Potter: Hogwarts Mystery, and Deer Hunter.

Sarkar told CryptoSlate that she thrives when working on the “cutting edge of gaming.” Having ridden both the Facebook and mobile gaming waves at times when their popularity was in its infancy, Sarkar sees the next big moment in gaming to be the official arrival of web3.

Speaking to Sarkar, it is clear that games are her passion as she relayed that she has been a PC gamer since the days of playing the original “Doom and Quake” games at the age of 7. Further, she would unlikely struggle to find a role in any significant gaming studio with a proven track record across a wealth of gaming platforms and genres. This is a testament to the attractiveness of the web3 space and another example of elite talent leaving web2 for blockchain-related projects.

The fall and rise of web3 gaming

Guild of Guardians utilizes NFTs to reward users and allow players to own in-game assets. Sarkar spoke of the “countless hours and dollars” sunk into traditional games to obtain in-game items without any actual ownership model. Items in web2 belong to either the developer or publisher of the game, and the players have no say in what they can do with their in-game assets.

Sarkar saliently identified that many web3 games in the past have “focused too much on the investment aspect of games” built on blockchain technology. Gamers are not investors; they are a set of people seeking entertainment and escapism through technology that tells a story.

Transforming entertainment media into an investment vehicle and expecting gamers to buy into the concept shows an apparent lack of understanding of the value proposition of web3.

Conversely, Sarkar explained that she believes Guild of Guardians is taking web3 gaming in a direction that will attract players from both web2 and web3.

When asked why she believed blockchain had become a ‘dirty’ word within the gaming space, Sarkar pointed out that any trepidation of web2 gamers moving into web3 less to do with an innate hatred of blockchain and is more likely the result of a lack of understanding mixed with the fear of losing money.

Sarkar does not believe that traditional gamers have been put off of blockchain technology due to any specific mistakes made by the industry. Instead, she stated that improved education and quality gameplay are all required to bring the dawn of web3 gaming.

Still, when pressed on the matter, Sarkar did admit that developers who overpromised on what could be delivered and then released tokens without a product may have caused some gamers to lose faith in web3.

In contrast to these early web3 games, Sarkar stated that Guild of Guardians has real alpha testers currently playing a build of the game and giving feedback to ready the game for launch next year.

When asked when the game would be available to the public, Sarkar stated that the beta release is slated for 2023.

While Sarkar spoke clearly on the game’s focus on gameplay, the Immutable X website does not shy away from promoting Guild of Guardians as a way to profit.

“Guild of Guardians is a mobile RPG that allows gamers to earn substantial profits through their passion for gaming. This online fantasy action role-playing game, lets players build their own dream team of Guardians to compete in guilds for tradeable rewards”

In the meantime, watch out for a gameplay reveal on the CryptoSlate YouTube channel and Lens in the coming weeks.

Immutable X positions itself as the first layer-two scaling solution for NFTs on Ethereum. Learn more