If Russia regulates the market, Moscow could pocket $13 billion in crypto tax each year

The Russian government has a strong incentive for regulating the crypto market, as authorities estimate collecting up to 1 trillion rubles in taxes each year. 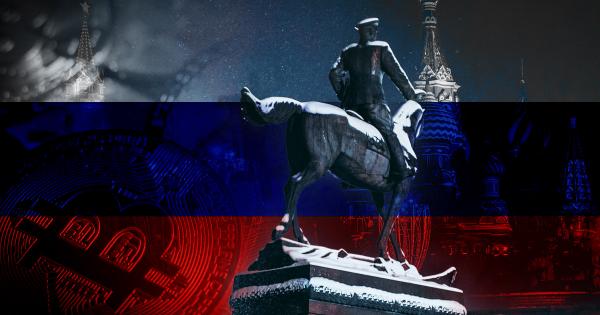 While Moscow continues weighing its options for regulating cryptocurrencies, preliminary estimates suggest that Russian authorities could collect up to $13 billion (1 trillion rubles) from taxing the market, according to The Bell.

The local Russian publication referenced the note prepared by the government’s analytical center, which provided different options for assessing and taxing the crypto market in the country.

The authors of the note estimated Russia’s share in the global crypto market to roughly 12%.

With last year’s average capitalization of the global cryptocurrency market at $1.87 trillion, Russia’s share would account for roughly $214 billion.

The same note estimated that even a simplified taxation system could generate up to one trillion rubles a year, which roughly equates to $13 billion.

According to the experts of the analytical center, the taxation could be implemented on two levels–one for legal entities, such as crypto exchanges and intermediaries, and another for income from investing in cryptocurrencies.

Meanwhile, the head of the State Duma Industry Committee Vladimir Gutenev proposed a minimum of 15% income tax for crypto miners.

“If we equate cryptocurrencies with securities, if there are certain gateways between those who mine, and when this mined cryptocurrency becomes a security for which income tax must be paid. Probably, it should not be less than 15% income tax. Mining itself cannot be less than 6% tax, as it happens in simplified terms,” argued the leading Russian lawmaker.

Russia ranks as the third biggest center for mining Bitcoin, following the US and Kazakhstan, according to data from the Cambridge Centre for alternative finance.

In the aftermath of China’s ban on mining, Russia surfaced as one of the top migration destinations, seeing its hashrate share rise from 6.8% to 11.2%.

Russia’s central bank recently proposed a blanket ban on cryptocurrencies–wanting to prohibit their issuance, circulation, exchange, and trade in the country.

However, other parts of the government, including the Finance Ministry, opposed strict bans and argued for a comprehensive regulatory framework that would allow Russian authorities to have a more robust control over transactions.