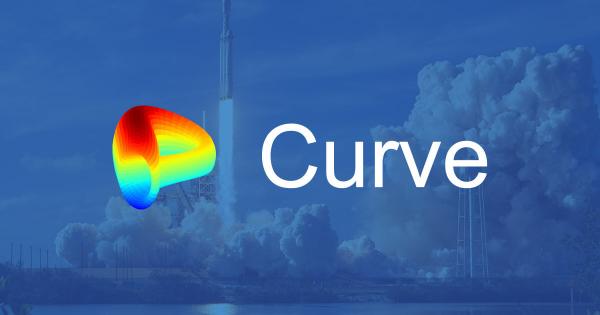 Curve’s tokens launched early this morning after an unknown individual/s deployed open-source contracts and minted CRV. Community reaction was mixed, with some observers calling it a “scam.”

The team wrote on Twitter that “someone” deployed $CRV based on smart contracts we had published on GitHub, front-running their efforts. However, the token was released as it “appeared to be an acceptable deployment with correct code, data and admin keys.”

Someone deployed $CRV based on smart contracts we had published on github, front-running our efforts.
While we initially were skeptical, it appeared to be an acceptable deployment with correct code, data and admin keys.
Due to the token/DAO getting traction, we had to adopt it.

That, someone, was “0xc4ad” (reads like “chad,” a meme) who purportedly deployed Curve contracts and suspiciously gained access to Curve’s admin key.

Yo, @CurveFinance ! Saw your DAO is ready to rock and I gots to MAXIMIZE MY ALPHA ! So I went ahead and deployed it for you. Get at me in DM to verify and lets get this party started!! pic.twitter.com/D0KqEg4Ldr

At the time of writing, CRV has a little over 200k tokens in circulating supply and a diluted market cap of $175 billion. It trades at $42 and briefly passed Bitcoin’s fully diluted market cap, as ex-Messari product head Qiao Wang noted in a tweet:

For the uninitiated, Curve is a decentralized exchange and liquidity that powers many “yield farming” outlets in the DeFi space, allowing users to “lock” capital into one of the many pools available in order to gain attractive interest rates on their crypto holdings. Its CRV tokens were a much-awaited launch, but not imagined in the way they were released today.

The Curve team did not backtrack the token issuance, despite reports of them initially calling it a scam (before verification). Moreover, crypto exchanges Binance, Huobi, and Poloniex rushed to list CRV on their platforms, with trading to begin soon.

Meanwhile, not everyone following the saga was pleased with the way Curve handled the launch, considering its brand name and value in the broader DeFi market.

The Block’s head of research Larry Cermak said the issuance looked like “planned theatre,” calling out the supposed premine of 80,000 CRV.

“Oh look, someone just deployed our contract” is obviously threatre. This was planned and they should have at least informed the community what would follow if this happened. They of course didn’t and it advantaged the most technical people that disregarded all warnings

Adam Cochran, a partner at Cinneamhain Ventures, said the Curve team made the “worse possible choice” with how they handled their launch. He argued that developers either held huge amounts of capital with the premine and used an anonymous account to make the launch look “legit.”

He pointed out Curve’s claim of vetting the tokens hours after issuance was a weak narrative:

No one can force you to adopt a contract that is external to your existing infrastructure. That's not how blockchains work.

No one can force signing authority on to you.

“The $CRV team has doubled down on this narrative of “oh man we had no choice.” They did. But, this means they were either sloppy with keys, colluding for profit, or selling out to insiders in exchange for skirting regulation; and then lying about it.”

For now, a major consensus on Twitter amongst commentators is that the Curve launch was dubious, but CRV will see higher prices due to the massive retail interest and hype behind it.