Prominent names from Venture Capitals came together in the "Bear Market Survival Guide" panel in ETHBarcelona, and stressed the importance of offering real value. 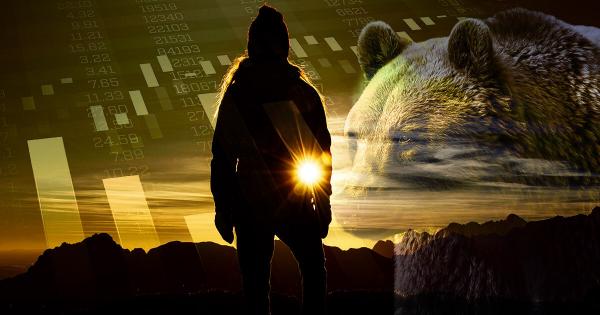 Participants talked about what the bear market meant for the newly emerging crypto projects, the importance of offering real value, and what the “next big thing” could be at the end of the current bear cycle.

All participants agreed that cycles are an imminent part of crypto’s nature. Yesilhark suggested looking to the crypto market’s historical snapshots to see the cycles. He stressed that crypto didn’t disappear in either of those cycles, and it won’t disappear now.

Yesilhark summarized what all participants argued and said:

“Look at your portfolio very carefully to make sure that the stuff that you’re holding actually will be there in the next cycle again. Because yes there will be another cycle, yes, we go up and down, basically. But it’s not the same things that go down and up together.”

On the other hand, Wu also mentioned the benefits of the bear market for Venture Capitals (VCs). She said since the market is much slower than a bull one, VCs have more time to meet with the project team and discuss their business model, tech stack, and market strategy in more detail. She said this process enhanced the bond between the project team and the VC, manifesting healthier communication and a long relationship.

Next, the participants talked about their suggestions for start-ups looking for investments in the current bear market.

Recently, Blockworks’ co-founder Jason Yanowitz identified the stages of the bear market cycles, saying that the current “lifeless” stage is genuinely frustrating for everyone in the crypto space. Alegre also said that the start-ups feel like the current market is not helping them, to the bull market where it’s a lot easier to launch a new project.

Momand said that the projects which offer a valuable solution will get the funding they need and will be able to emerge despite the bear market. It’ll take a little longer than a bull market setting, so projects should plan for a long-term stretch in their funding rounds.

“There is going to be a lot less hopium [funding] out there for some projects. So you’re just going to have to be a bit more serious about what is the real problem that blockchain is actually solving, instead of offering an inflationary token that guarantees returns to investors.”

On the other hand, Wu noted that long-term projects might have difficulty collecting funds. However, based on her experience, the bear market has not affected new projects that solve real problems.

The next big thing

Panel facilitator Meiri introduced the following question by pointing out that a new field emerged as a new trend at the turn of every bear market. For example, NFTs and second-generation DeFi appeared at the end of the last bull run. In 2016, the popularity of private blockchains surged. So the question was, what did the participants expect to surge at the turn of the current bear market.

Alegre said that recently Flori Ventures have seen a lot of innovative projects on climate-related topics as well as projects on uncollateralized credits.

Momand noted the current conditions of the bear market and said no one who’s truly decentralized collapsed despite the 80% dip. He argued that this highlighted the importance of complete decentralization and implied that the traditional finance industry must also take a hint.

Yesilhark also agreed with Momand and said he’d hope to see a “real tokenized world,” where all traditional assets are tokenized and traded with each other on a decentralized platform.

Meiri closed the subject by agreeing with both Momand and Yesilhark as well. He also added that he thought NFTs would capture a second wave upwards.

Recently there have been other predictions on the next big thing.

Mina Foundation’s recent report on Zero-Knowledge Proofs (ZKPs) suggests they will play a significant role in the crypto industry. The numbers reveal that almost all participants (90.1%) find cryptocurrencies that use ZKPs more attractive.

Tascha from TaschaLabs, on the other hand, recently posted a thread explaining the potential of utility tokens for traditional businesses. She argued that the companies finally started incorporating utility tokens to boost their businesses, which could help utility tokens surge in the next bull run.