What will happen in crypto in 2022 is anybody’s guess, though some things are more predictable than others. Famous bitcoiner Eric Wall puts forth 27 predictions for the coming year. 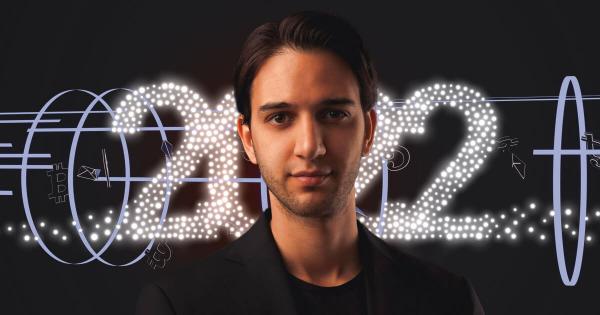 In a series of tweets, and answers to follow-up questions, Bitcoiner Eric Wall, a.k.a. “the alt-coin slayer,” predicts what will happen in crypto in 2022. A few of these predictions stand out more than others, for example, Eric Wall doesn’t believe the Bitcoin upgrade “Taproot” will amass more than 20 percent adoption during 2022.

“Taproots improvements are not really game-changers for most people. Using Taproot is opt-in and requires wallets to upgrade, and since it won’t be a highly desired feature it’s just going to take time before adoption occurs,” Wall explains in a DM conversation with CryptoSlate.

Likewise, Wall doesn’t think DeFi will come to Bitcoin any time soon, however, this is not related to the Taproot upgrade.

“Taproot doesn’t enable DeFi. You need a much broader feature set than what Taproot provides to enable the types of DeFi activity we see on smart contract chains. Bitcoin isn’t built for DeFi and won’t attract DeFi use cases.”

Eric Wall, who used to be seen as a Bitcoin “maxi” by many in the past, seems to have shifted his position on “alts” slightly over the years. Wall is, for instance, convinced Ethereum’s shift to Proof-of-Stake consensus, the Merge, will be highly successful, not running into any significant issues. Wall’s basis for this is simple.

“I know several of the developers quite well.”

Another prediction by Eric Wall that might seem interesting to many touches on NFTs, of which, according to Wall, we’ve only seen the “first iteration” represented by “jpegs.” Eric Wall believes in social tokens as an example of “new exciting use cases for NFTs.” In a previous tweet, Wall writes:

According to Wall the following is what will happen to different projects, tokens and other parts of the crypto industry in 2022. The list is slightly edited for clarity.

1. Optimistic roll-ups on Ethereum will take off, but zk rollups won’t really.

6. DeFi will continue to not happen on Bitcoin.

10. People will find new exciting use cases for NFTs. It turns out, JPEGs was just the first iteration.

11. There will be a lot more thots (jokes) in crypto. Related to the above.

12. For Ethereum-based rollups, it will look like they will solve network fees and congestion in the beginning, but before the year has come to an end, signs of problematic clogging will be visible again.

13. Data Availability (DA) will be the big theme in 2022. Chains that specialize in DA will get traction. Some roll-ups will choose to bridge to Ethereum, but use other solutions as the DA layer.

14. The Rainbow model (created by Eric Wall) for Bitcoin will stay intact. (And I mean actually stay intact, not stay intact because I make up new numbers).

15. We will have the technology ready for low-fee payments in highly private dollar synthetics with some amount of decentralization and censorship resistance to them. But they won’t yet become very commonplace in darknet markets in 2022.

Question: Do you think ETH2 will merge and will it be successful?

16. Yes, the merge will happen and it will be successful. There may be some resistance from PoW (Proof-of-Work) miners, but any remaining PoW chain split of Ethereum will swiftly fall into irrelevance. No catastrophic attacks on ETH2 PoS (Proof-of-Stake) will occur.

18. There will be new signs of institutional Bitcoin adoption. A very large pension fund investment or something along those lines, something that kickstarts the Micro Strategy narrative again, which mostly fizzled out in 2021.

20. I would like to say ”2022 is the year of the Coordicide” but probably better to not get your hopes up. 30 percent chance it happens near the end of the year, more likely in 2023.

22. Richard Heart forks Binance Smart Chain (BSC). It will have a $100 billion market cap but be placed at spot #202 on CoinMarketCap.

23. DeFi won’t happen there (on Hedera). And outside of DeFi, Ethereum Virtual Machine (EVM) and/or smart contract platforms have no real use case.

Question: What about the Cosmos network?

Question: Your thoughts on NEAR Protocol

25. NEAR is great but nothing will happen on it

26. This will never happen again.

27. Something in between. No mega bear market, no supercycle.

Ran Neuner on building a live and credible 24/7 crypto community, predictions for 2021 and more

KardiaChain CTO on bringing the whole Vietnamese population onto the blockchain, crypto predictions and more