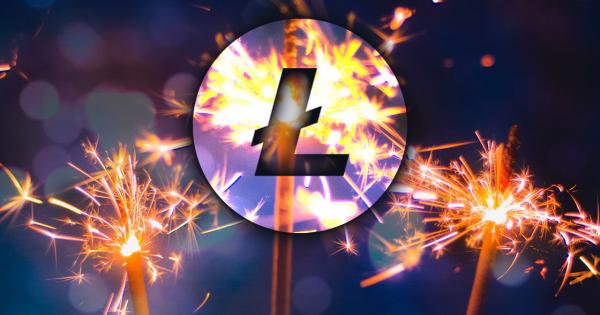 Photo by Tim Zänkert on Unsplash

Litecoin, one of the first and most well-known altcoins, is celebrating turning seven years old on Oct. 13. Litecoin, a peer-to-peer cryptocurrency released under MIT’s MIT/X11 license, was an early fork of the Bitcoin Core client.

Help us celebrate today by introducing someone to the power of LTC. And of course, feel free to send a bday gift in the form of a donation to the Litecoin Foundation as we support this Chikun's growth.🐔💪⚡️https://t.co/yRS19nkgYE#HBDLTC pic.twitter.com/fUqwAcjZEa

How Litecoin and Bitcoin Differ

The primary differences between Litecoin and Bitcoin is a four times faster block generation time, an increased maximum supply, and the use of the “scrypt hashing” algorithm instead of the SHA-256 hashing algorithm. Litecoin aims to process a block every 2.5 minutes, instead of every 10 minutes in the case of Bitcoin.

Litecoin miners are rewarded with 25 new Litecoins per block, which halves every 840,000 blocks or roughly four years. There are currently 56 million LTC in circulation and a maximum cap of 84 million coins.

Litecoin and the Lightning Network

In May 2017, Litecoin adopted the Segregated Witness protocol participating in on the Bitcoin upgrade progress that year. Also in May 2017, Litecoin performed its first Lightning Network transaction from Zürich, Switzerland to San Francisco in less than one second.

Charlie Lee, inventor and founder of Litecoin (LTC), took to Twitter earlier this week to debunk some of the FUD (fear, uncertainty and doubt) he’s seen swirling around LTC, himself and his company in a string of 11 tweets breaking down some of the most common negative rumors in the crypto verse.