In May 2020, the bank stated that Bitcoin is "not an asset class" or "a suitable investment"—but a lot has changed since that time. 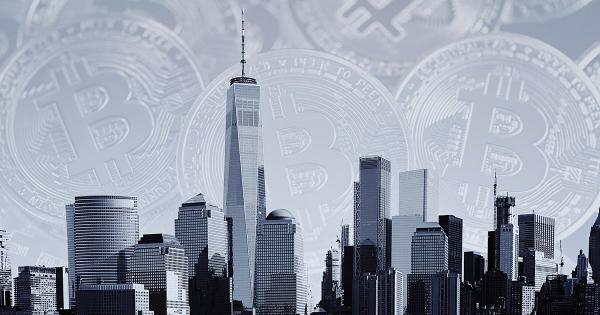 Major American investment bank Goldman Sachs has seemingly recognized that cryptocurrencies are an emerging new asset class after all—despite stating otherwise just a year ago, according to its recent report.

A part of this paper, posted on Twitter by economist Alex Krüger yesterday, explained that Goldman Sachs, among other things, turned to crypto-related companies like Galaxy Digital, Global FX, and Chainlaysis as well as critics such as Nouriel Roubini to hear their opinions.

Crypto, a new asset class – quite a comprehensive report by Goldman. pic.twitter.com/FP2sewJCTx

In the report, the bank’s researchers noted that many large cryptocurrencies are unique and rightfully occupy their specific niches on the market. For example, Bitcoin is a highly-capitalized currency, Ripple’s XRP is a real-time settlement system, Ethereum is a smart contract platform, Binance Coin is a token for practical applications, and Polkadot is a blockchain platform that can interact with other networks.

As such, the intrinsic characteristics of each crypto allow it to attract a specific user base, Goldman Sachs added. The value of Bitcoin, according to analysts, is built around its use and distribution. In this light, massive influxes of institutional capital have confirmed the attractiveness of cryptocurrency and a high degree of market development, noted Galaxy Digital CEO Mike Novogratz.

In his turn, Grayscale Investments CEO Michael Sonnenshein echoed this sentiment and called the limited emission of Bitcoin “a way to hedge against inflation and currency debasement.” He also noted that while cryptocurrencies failed to escape the turmoil amid the 2020 pandemic, they recovered faster and outperformed other asset classes.

However, Nouriel Roubini, a professor of economics at New York University, said that he “entirely disagrees with the idea that something with no income, utility or relationship with economic fundamentals can be considered a store of value, or an asset at all.” He also doubted “the willingness of most institutions to expose themselves to cryptos’ volatility and risks, which the volatile price action in recent days has served as a stark reminder of.”

Goldman Sachs’ analysts also compiled a chart that illustrates all ups and downs throughout BItcoin’s history. According to it, Bitcoin has always rebounded to new highs—no matter how deep the declines were—since 2013.

“Cryptocurrencies Including Bitcoin Are Not an Asset Class” – Goldman Sachs. May 27, 2020 pic.twitter.com/1rnDBI3pVl

Notably, Goldman Sachs argued that cryptocurrencies are not an asset class almost exactly a year ago.

“We believe that a security whose appreciation is primarily dependent on whether someone else is willing to pay a higher price for it is not a suitable investment for our clients,” the bank said in late May 2020.

Since then, however, Goldman Sachs announced that it will offer Bitcoin and other cryptocurrencies to its private wealth management group and reportedly even launched a crypto trading team.

Search query ‘Should I sell my Bitcoin’ skyrockets on Google Trends

Cryptocurrency-related search queries have surged in popularity to a new all-time over the past week—but not for positive reasons, according to Google.

JPMorgan research analysts have said that institutional investors are swapping Bitcoin for gold for the first time in six months.

Jiang Zhuoer, the operator of major Chinese mining pool Lebit Mining, argued that the latest crackdown on crypto in the country would likely lead to miners relocating their activity to Europe and the United States, as pointed out by journalist Colin Wu.