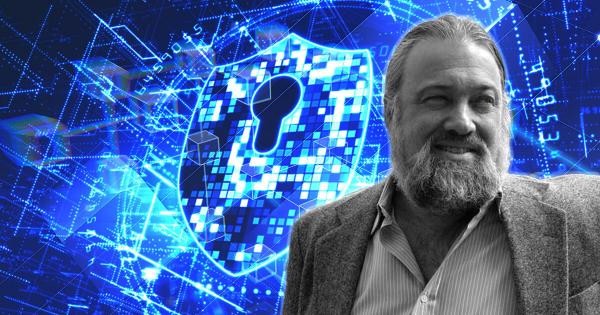 The crypto industry is often referred to as being in its infancy with the “we’re still early” meme popular within the community. However, digital cash is not a new concept, as anyone with knowledge of David Chaum will confirm. Chaum is known as the Godfather of Crypto, as he published a paper on digital cash almost 40 years ago.

In his 1983 paper, “Blind Signatures for Untraceable Payments,” Chaum suggested a “new type of cryptography” that would give digital currency the properties of privacy, proof of payment, and freezing of funds. He feared that electronic payment systems could “have a substantial impact on personal privacy as well as on the nature and extent of criminal use of payments.”

Chaum’s suggestion of ‘Blind Signatures’ was later referenced by Vitalik Buterin in The Ethereum Whitepaper as Chaumian Blinding in 2014. CryptoSlate spoke exclusively to Chaum during our Twitter Space with XX Network, Chaum’s most recent project. The entire recording is available in the first reply to the below tweet.

Join us for a special Space tomorrow.

What Chaum would have thought about web3 back in 1983

Our first question to Chaum was to ask what his 1983 self would have thought had he been shown a crystal ball with a look into the state of crypto in 2022. His response stated that he would have realized that he “had a lot more work to do and been slightly disappointed.”

Chaum declared that what he originally proposed “had privacy integrated,” and he had hoped that the paper would have triggered an expectation for privacy as a standard. Further, he believes the failure to adhere to the privacy standards he set out almost 40 years ago led to issues well outside of crypto, such as “the manipulation of elections” and the “shredding of social coherence.”

The conversation would later develop into a discussion around the Cambridge Analytica scandal and its clear privacy violations. Chaum is passionate about privacy and sees the potential for blockchain-style cryptography to solve issues at a socio-economic level. Throughout the discussion, his frustration with the evolution of the internet and the lack of protection for users’ data is evident.

Chaum also stated that the idea of “an autonomous computation that no one can tamper with” was part of his early vision, which was referred to as a “chain of blocks.” In 1994 Chaum launched DigiCash, the world’s first digital currency utilizing cryptographic proofs. DigiCash was custodial in nature as a central bank held it, but Chaum asserted that “the bank could not know who had which money.”

While Chaum may have his reservations regarding the state of the blockchain industry in 2022, ultimately, he declared that

“it is extraordinarily great that Bitcoin has raised the profile [of his vision] to the extent that it cannot be ignored by the powers that be and that’s game changing.”

He sees plenty of opportunity and room for growth concerning blockchain. However, the current state of privacy is his primary concern.

When asked about his views regarding the sanctioning of Tornado Cash and Circle’s move to ‘blacklist’ related addresses from using USDC, he noted that it is “quite disturbing.” Chaum then claimed that it was a “little outside of [his] scope,” yet, in reality, he has a deep understanding of the underlying technology.

According to Chaum’s website, he is also the inventor of “mixing,” a cryptographic technique similar to those used in protocols such as Tornado Cash. The technology was initially designed to ensure the privacy of email and digital pseudonyms and was presented in his 1981 paper, “Untraceable Electronic Mail, Return Addresses, and Digital Pseudonyms.”

Since the late 70s, Chaum has been dedicated to using “cryptography to give people their power over their own data.” However, he admitted in the Space that it is “pretty tricky to know how you can protect privacy and still let all the stuff that needs to get done, get done efficiently.”

Chaum declared that he does not like to get involved in what he called the “crypto wars” regarding policy and politics. However, the general thread of his contribution to the conversation was one of frustration and that privacy is not a more significant part of our everyday lives. In contrast, some technology that improves privacy is being banned.

The Twitter Space moved on to the topic of the state of blockchain as it is today. Chaum was asked his thoughts on industry leaders within the Space, to which he replied,

“I’m a big fan of the of the community and all the energy around it. But if you really had X-ray vision and you could see through with the technology, I don’t think the emperor’s wearing any clothes you know.”

He continued to refer to some project leads as “amateur cryptographers,” admitting that he hasn’t been impressed by much of what he’s seen. The XX Network, co-founded by Chaum, was created to address what Chaum feels is lacking within the Space.

According to Chaum, the XX Network team has showcased 3,500 quantum-resistant transactions per second while also launching a P2P messenger called Elixxir built on top of the network. Elixxir utilizes dark nodes to route messages through a decentralized network allowing for the privacy of both messaging and network routing.

Chaum declared that XX Network is now ready for use by the general public, and Elixxir is the first point of contact for those wishing to test out Chaum’s version of blockchain.

To listen to the whole conversation covering Elixxir, quantum resistance, Apple, Google, and private community management, visit the tweet at the top of the article or click here. Follow CryptoSlate on Twitter to be notified when we go live with more Spaces in the future.